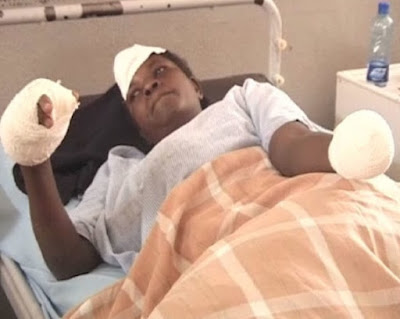 A mother of nine, Maria Musa, is nursing serious injuries at a hospital after her husband, Musa Matiko, allegedly chopped off her hand because she overstayed at a funeral.

The 50-year-old Kenyan told The Standard that she went for a funeral on Monday at the home of one of her in-laws, thinking that the burial would take place on that day but it delayed until Wednesday.

She said, “I stayed at the funeral for three days and left on the fourth.

“When I got home, he asked me who I thought was supposed to be cooking for him on the three days I was away.

“They refused to report the matter to the police. I passed out and gained consciousness at the hospital after my nephew brought me here,” she said.

The couple’s daughter, Catherine Musa, who is a first year student at Msomi Teachers Training College, said her mother has been the family’s sole breadwinner and was the one who tended to the needs of her eight other siblings, five of whom are spread between high school and colleges.

“I was in school when I received a call after the incident, so I left the following morning to come see my mother.

“She is in such a bad state I’ve had to put my studies on pause to be with her at the hospital,” said Catherine.

Maria, who is still at the hospital groaning in pain, is now appealing to the police to arrest and charge her husband with the heinous crime which has left her disabled.

The police, however, through the police commander, Joseph Nthenge, said the matter had not been reported to any police station.

“We cannot investigate a case when there are no complainants. The family has decided to keep it, covered but we will ensure justice prevails,” he said. 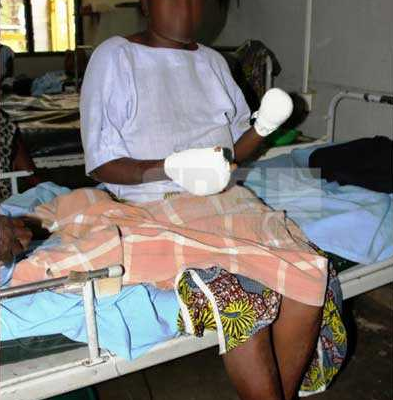