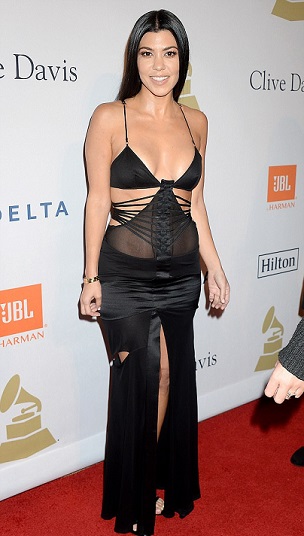 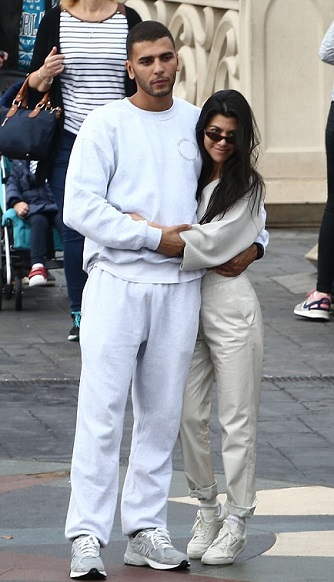 They have spent over 10 years shocking fans with their on-screen family drama. Now Kourtney Kardashian has added another twist to the clan’s tale – by quipping that she is also expecting a child.

Her younger sister Kim is preparing to welcome her third baby via surrogate, while siblings Khloe and Kylie are reportedly also both set to be first time mums.

And now Kourtney has left a reporter baffled by insisting she’s also set to add to her brood.

In an interview with Grazia, she exclaims: ‘I’m pregnant!’

The journalist writing the article goes on to insist that ‘after a long pause… she reassures me she’s joking’.

However, it comes after her toyboy lover Younes Bendjima sent fans into a spin by insisting they had their own ‘good news’ that would have to wait.

Taking to Instagram, he posted a story saying: ‘Sometimes you just gotta keep the good news to yourself!’

In the interview, Kourtney adds that just when the family think there’s ‘nothing left to film’ for their TV show Keeping Up With The Kardashians ‘something will happen’.

So was she joking or she’s going to be the 4th of the pregnant sisters? Three of them are already expecting… Kim, Khloe and Kylie!