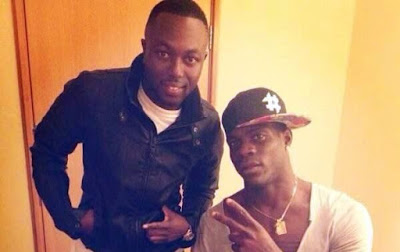 A friend of footballer Mario Balotelli has been found stabbed to death in a London flat. Police say Mayowa Ogunbayo, 29, died from a suspected stab wound to the heart.

Detectives were called by paramedics to reports that a man had been knifed at around 2am last Friday morning.

The victim was found by ambulance crews inside the flat he shared with his fiancée near Park Royal, Hanger Lane, west London.

Mayowa, also known as Johnny John, was pronounced dead at the scene nearly an hour later.
Police say his death is being treated as ‘unexplained’ and a post mortem carried out on Friday night was ‘inconclusive’.

The examination gave the cause of death as a stab wound to the heart, but police are understood to be investigating whether the wound was self-inflicted.

A 21-year-old woman arrested on suspicion of murder has been released on bail until next month.