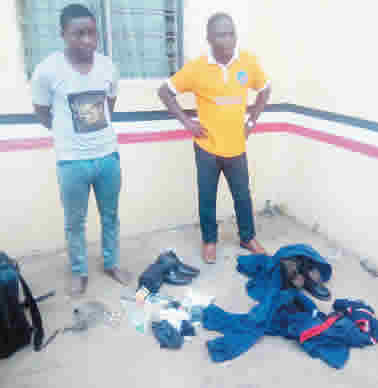 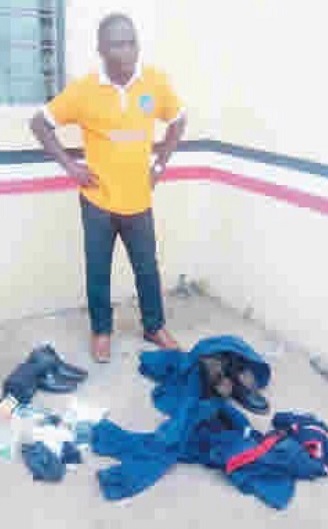 The Kwara State Commandant of the Nigerian Security and Civil Defence Corps, Mr. Adeyinka Ayinla, has paraded a suspect, Mr. Hammer Olalekan, before journalists for claiming to be a doctor.

But Olalekan was said to have run out of luck when the patient’s son went to make a withdrawal on behalf of his father but discovered that there was no money left in the account.

Adeyinka said subsequent request for a statement of the account then showed that the fake doctor carried out the withdrawal.

He was only discovered to have no qualification after his arrest.

“Olalekan is under investigation and would be charged to court very soon. Exhibits found on him are syringe and needles, blood pressure machine, charms, ATM cards, etc,” the NSCDC boss said.

He allegedly duped unsuspecting members of the public of various amounts of money under the guise of giving them employment into NSCDC.

Adeyinka stated that the suspect would also be charged to court very soon.