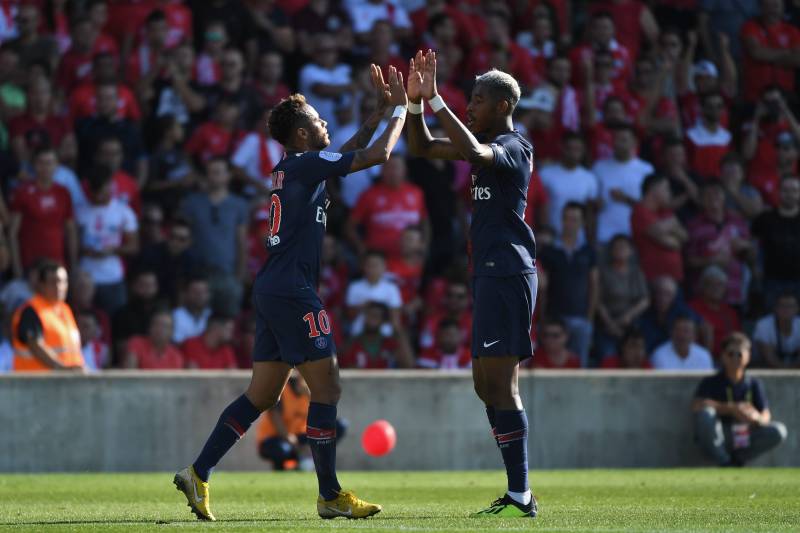 Neymar scored his fourth goal in four games for Paris Saint-Germain on Saturday, as Thomas Tuchel’s side ran out 4-2 winners at Nimes.

The Brazilian opened the scoring for PSG as he slid home Thomas Meunier’s cross on 36 minutes. Angel Di Maria then added a second directly from a corner to put the visitors in charge.

Nimes hit back after the break with substitute Antonin Bobichon thumping home a brilliant strike before Teji Savanier equalised from the penalty spot. The decision was given after the referee had consulted VAR.

Sofiane Alakouch then smashed a shot off the crossbar, as Nimes threatened an unlikely win in the closing stages. However, Kylian Mbappe rifled home a ferocious strike on the counter-attack, and Edinson Cavani added a fourth in stoppage time.

PSG’s win was marred in stoppage time as Mbappe was dismissed. The striker had already been booked but reacted angrily to a challenge from Savanier and was given his marching orders.