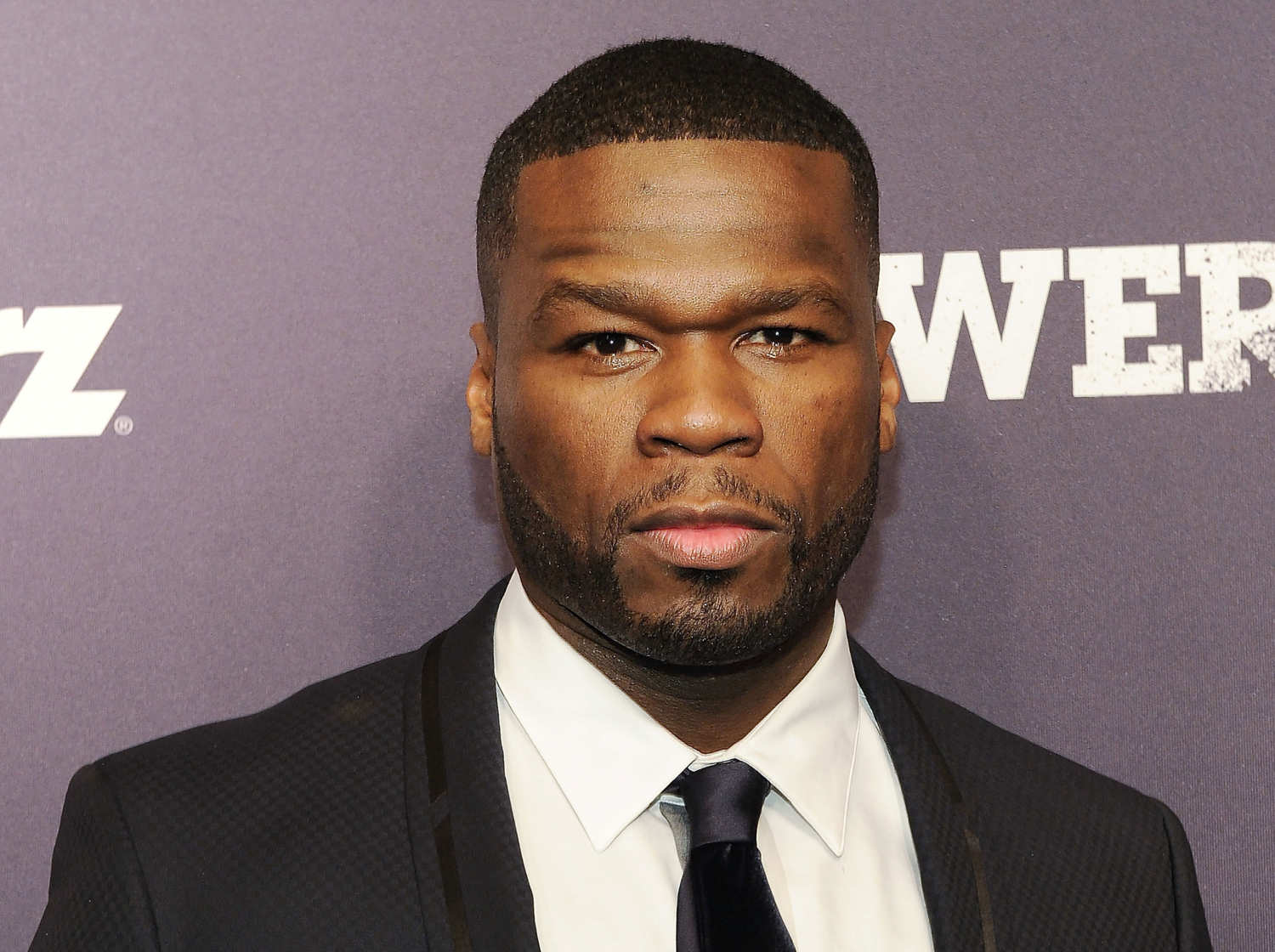 Curtis James Jackson III popularly known by his stage name as 50 Cent is a famous American hip hop rapper, Hollywood actor, businessman, entrepreneur, investor and a television personality. He was born on 6th July 1975 in South Jamaica, Queens, New York City in the United States of America. He is currently 42 years old. He is currently one of the richest and most accomplished hip hop rapper and actor in the United States of America.

50 Cent was born in the borough of Queens in New York City and raised in its South Jamaica neighborhood by his mother, Sabrina, who was a drug dealer before her death. As a drug dealer, 50 Cent’s mother Sabrina raised him until she died in a mysterious fire when 50 Cent was just 8 years old. After the death of his mother and the departure of his father, 50 Cent was raised by his grandmother.

50 Cent began boxing at the age of 11 years old and when he was 14 years old, a neighbor opened a boxing gym for local youth. At the age of 12 years old, 50 Cent began dealing in narcotics when his grandparents thought he was in for after-school program. At a very tender age while still in high school school, 50 Cent started dealing on hard drugs to the extent he brought guns and drug money to school.

In the tenth grade at high school, 50 Cent was caught by metal detectors at Andrew Jackson High School with a metal gun. During an interview, he stated that he felt embarrassed when he got arrested in high school and after his arrest he stop hiding his drug business and openly told his grandmother that he sell drugs.

On 29th June 1994, 50 Cent was arrested for selling four vials of cocaine to an undercover police officer. He was arrested again three weeks later, when police officers searched his home and found hard drug like heroin, ten ounces of crack cocaine and a metal pistol. 50 Cent was later charged to court and was later sentenced to three to nine years imprisonment. He served only six months in a boot camp and earned his GED. During an interview, he stated that he did not use cocaine himself rather he sells it out to people who are in need of it.

50 Cent began selling hard drugs at a very tender age of 12 years old age during the 1980s crack epidemic. He later began pursuing a musical career and in 2000 he produced an album “Power of the Dollar” for Columbia Records. Unfortunately, few days before the planned release of the album, he was shot and the album was never released. 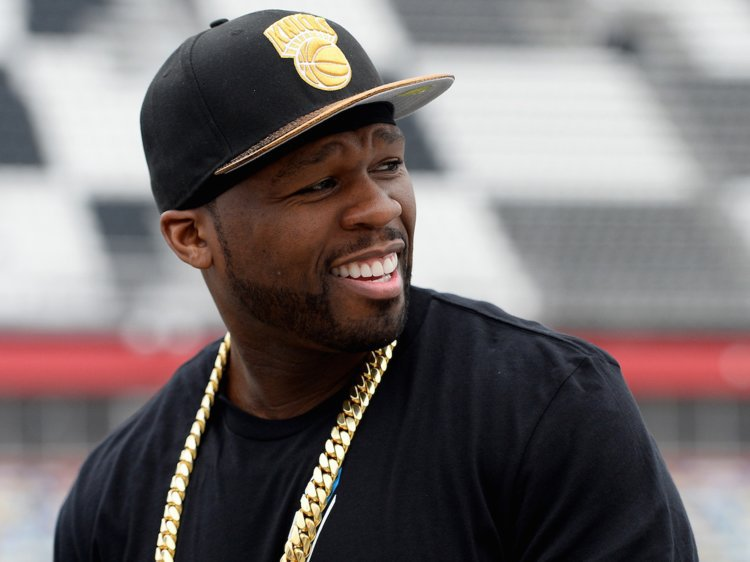 In 2002, after the release of the compilation album “Guess Who’s Back?” 50 Cent was discovered by American fastest hip hop rapper Eminem and was signed to Shady Records, Aftermath Entertainment and Interscope Records. With the assistant of Eminem and Dr. Dre, who produced his first major-label album “Get Rich or Die Tryin” 50 Cent became one of the world’s best selling rappers of all time and rose to prominence with East Coast hip hop group G-Unit, which he is currently the leader.

50 Cent has cited Boogie Down Productions, Gig Daddy Kane, The Juice Crew, EPMD and KRS-One as the rappers that influence him, while citing LL Cool J as an inspiration behind his writing of the hit single “21 Questions”. He also stated during an interview that he drew inspirations and influences from Nas, Rakim and Notorious B.I.G while working on his fifth studio album “Animal Ambition”. 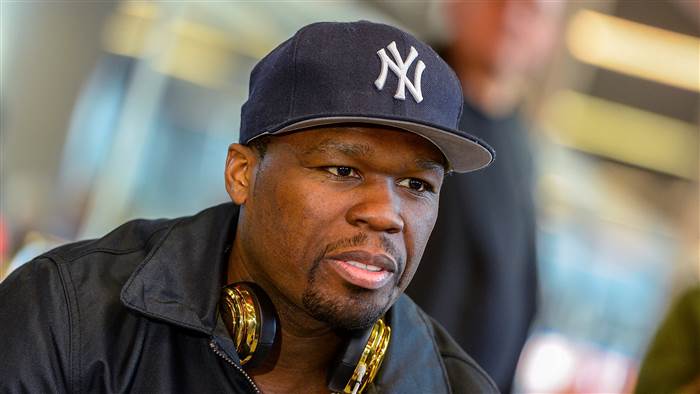 Over the years, 50 Cent has invested millions of dollars in earnings he made from music and celebrity endorsements in an array of privately controlled companies, real estate, stocks and bonds. In December 2008, 50 Cent told the Canadian press that he had been affected by the America recession, losing several million dollars in the stock market.

In January 2011, 50 Cent reportedly made $10 million after using Twitter to promote a marketing company which he was part of the shareholder. In 2013, 50 Cent became a minority investor in Hang w/, a live video broadcasting mobile app used by dozens of celebrities to broadcast their daily activities and chat with fans. The app has been downloaded more than one million times since it was launch in March 2013 and has more than one million users as of February 2015.

On 21st July 2012, 50 Cent became a licensed boxing promoter when he formed his new company “The Money Team” which was licensed to promote in New York City, United States of America. In 2007, 50 Cent was the second wealthiest rapper in the hip hop music industry after Jay-Z.

50 Cent who currently lives in a Farmington, Connecticut mansion formerly owned by ex-boxer Mike Tyson, has been consistently ranked highly among the wealthiest figures in the American hip hop world. In 2015, he was ranked as the fifth richest musician in the United States of American by Forbes Magazine with an estimated net worth of $155 million. 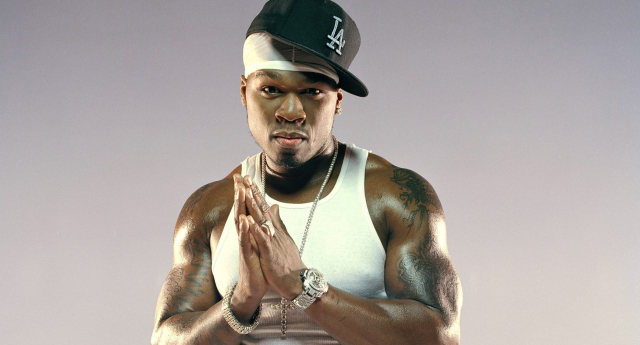 50 Cent is the founder of G-Unit Foundation Incorporation. He is also the founder and CEO of SMS Audio, SK Energy, SMS Promotions and the former minority shareholder of Effen Vodka.

On 13th October 1996, 50 Cent girlfriend, Shaniqua Tompkins gave birth to a son named Marquise Jackson. During an interview, 50 Cent credited his son for inspiring his career and being the motivation to go in a different direction. 50 Cent has a tattooed on his body named “Marquise” with an axe on his right bicep.

50 Cent has also dated American super model Daphne Joy and the model had 50 Cent second son named Sire Jackson, whom she gave birth to on 1st September 2012. At the age of 2 years old, 50 Cent sons Sire Jackson modeled for Kidz Safe, a headphone brand for kids, earning over $700,000 through his contract.

In 2005, 50 Cent supported President George W. Bush after Kanye West criticized him for a slow response to the victims of Hurricane Katrina. In 2007, Forbes Magazine ranked him second richest musician in the United States of America after Jay-Z. 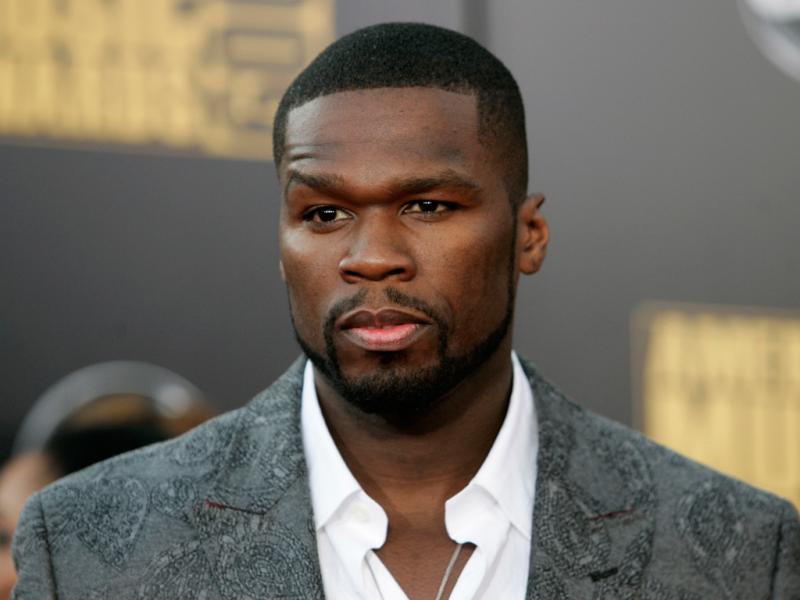