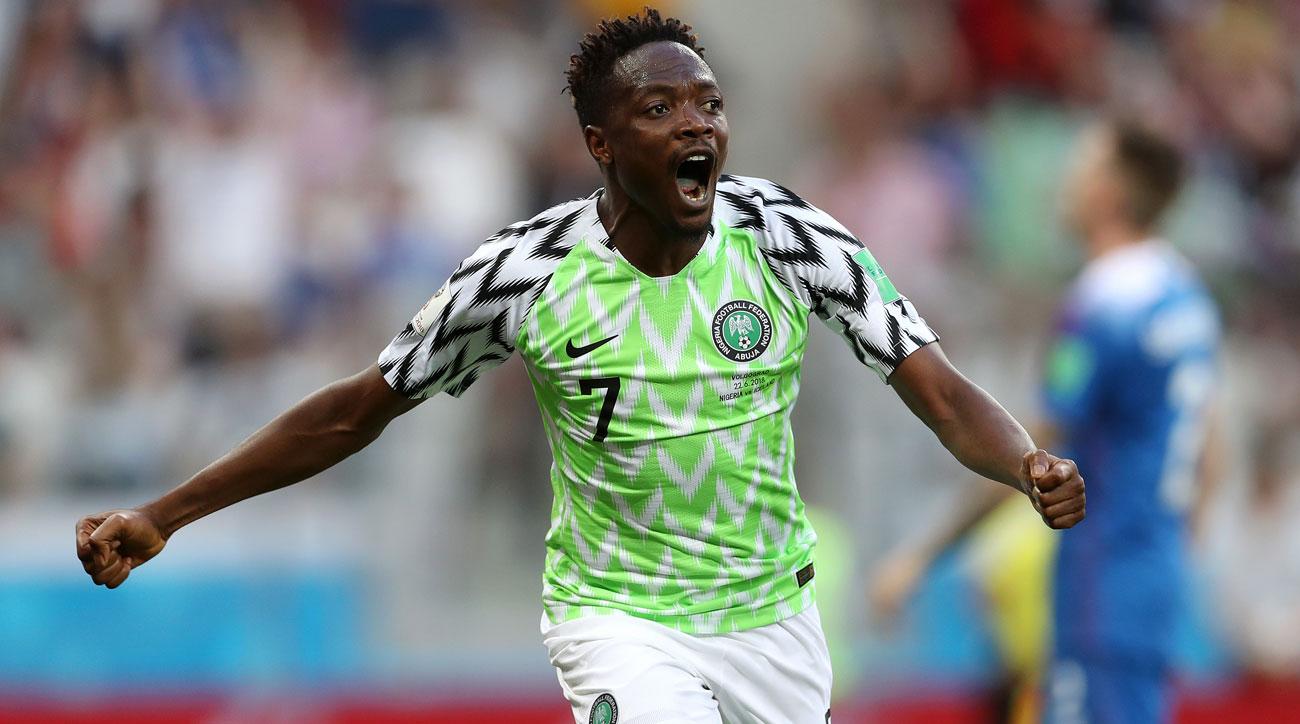 Ahmed Musa is a famous Nigerian professional football player, entrepreneur and a philanthropist, who currently plays as a left winger and forward striker for English Premier League club Leicester City and the Nigeria national team Super Eagles. He is currently one of the best and most outstanding players in Nigeria and also one of the most successful footballers in Africa.

He was born on 14th October 1992 in Jos, Plateau State in the northern part of Nigeria. He is currently 25 years old. His current jersey number is 7. In 2017, Ahmed Musa got married to Jamila Musa and the marriage is currently blessed with two beautiful kids namely Ahmed Musa Junior and Halima Musa. Ahmed Musa currently lives in Countesthorpe in the United Kingdom with his family. He has won the CAF Africa’s finest XI.

Ahmed Musa began his career in the GBS Football Academy in Jos, Plateau State in the northern part of Nigeria. In September 2007, a local publication in Jos, Plateau State, Nigeria featured Ahmed Musa on its “Undiscovered Talent” column. The following year, Ahmed Musa was given out as loaned to JUTH F.C. Where he played 18 games and scored 4 goals in his first two professional seasons.

In 2009, Ahmed Musa was also given out as loaned to Kano Pillars F.C. in the 2009-2010 seasons, where he set the league record by scoring multiple crucial goals as Kano Pillars finished second in the competition. Ahmed Musa in his career as a footballer held the record for the highest goals ever scored in one season in the history of the Nigeria Premier League until November 2011, when Jude Aneke of Kaduna United F.C. set a new record of 20 goals.

In the summer of 2010, Ahmed Musa was transferred to Dutch club VVV-Venlo, but the move was held up because he was only 17 years old back then and therefore was not eligible for an ITC in accordance with the current FIFA rules. On 14th October 2010 when he eventually turned 18 years old, Ahmed Musa became officially eligible to play for VVV-Venlo.

On 30th October 2010, just in less than a week after arriving at the club, Ahmed Musa made his debut for VVV-Venlo against FC Groningen. He started the game for VVV-Venlo and in 50 minutes to the game, he fuel the game and received a penalty kick which later led to victory for his club.

In 2011, Ahmed Musa was rated by Goal.com as among the Hot 100 young football stars in the world to watch. Also, Lolade Adewuyi of Goal.com put him on the list of Top Ten Nigerian International Players of 2010. Ahmed Musa was also included in IFFHS list of the best 140 players in the world.

On 8th March 2011, Ahmed Musa won the AIT Footballer of the Year Award, which was a national merit awards for football players in Nigeria. The ceremony of the award was held at the Presidential Hotel in Port Harcourt, River State in the south southern part of Nigeria.

In April 2011, VVV-Venlo’s football director Mario Captien said that representatives of Tottenham Hotspur had visited the club and are requesting for Ahmed Musa. Also, Ajax scout, Tijani Babangida stated that Ajax was interested in Ahmed Musa but that the outcome would be decided at the end of the season.

On 1st May 2011, Ahmed Musa helped his club to beat Feyenoord 3-2 and ended any lingering fears of automatic relegation from the Eredivisie. In August 2011, after returning from the 2011 FIFA U-20 World Cup in Colombia, Ahmed Musa made his first appearance on the 2011–2012 seasons at home against AFC Ajax and scored two goals in the match.

In September 2011, VVV-Venlo chairman Hai Berden disclosed on Eredivisie Live that VVV-Venlo had turned down a last minute bid of €10 million Euros for Ahmed Musa from Bundesliga. On 7th January 2012, Ahmed Musa signed a contract deal with the Russian side CSKA Moscow for an undisclosed amount. 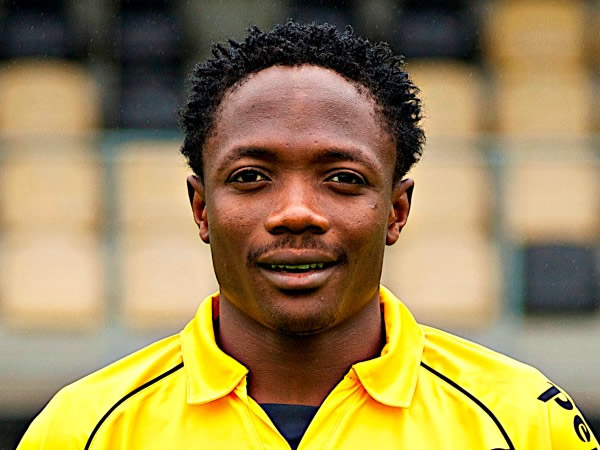 On 17th September 2014, Ahmed Musa scored an 82 minute’s consolation goal in a 5–1 defeat against A.S. Roma on the UEFA Champions League. On 1st June 2015, Ahmed Musa signed a new four-year contract deal with CSKA Moscow. He later finished the 2015-2016 Russian Premier League season as the 5th highest goal scorer and becoming one of only seven players at the aged of 23 years old or even younger to reach double figures for goals in each of the past two seasons in Europe’s top seven leagues.

On 8th July 2016, Ahmed Musa moved to Leicester City on a transfer worth £16.6 million. While in Leicester City, he scored his first goals with the club in a friendly match against Barcelona in the 2016 International Champions Cup which ended in a 4–2 loss. On 13th August 2016, Ahmed Musa made his Premier League debut in the club’s opening match of 2–1 win against Hull City.

On 22nd October 2016, Ahmed Musa scored his first Premier League with the opening goal in a 3–1 victory against Crystal Palace. By January 2017, Ahmed Musa was yet to register an assist for the club, contributing an average of 0.5 key passes, 0.3 crosses and 1.2 successful dribbles per game. On 30th January 2018, Ahmed Musa returned to CSKA Moscow on loan for the remainder of the 2017-2018 seasons.

In April 2010 under Coach Lars Lagerback, Ahmed Musa was called up to join the Nigeria Super Eagles camp prior to the 2010 FIFA World Cup in South Africa after helping the Nigerian team to win the 2010 WAFU Nations Cup, where he scored a goal against Republic of Benin. In that same tournament Ahmed Musa scored a goal deep into extra-time in the finals of the tournament against Burkina Faso in Abeokuta, Ogun State, Nigeria. Unfortunately, he was forced out of the Nigeria Super Eagles’ 30-man squad in the World Cup roster due to an ankle injury. 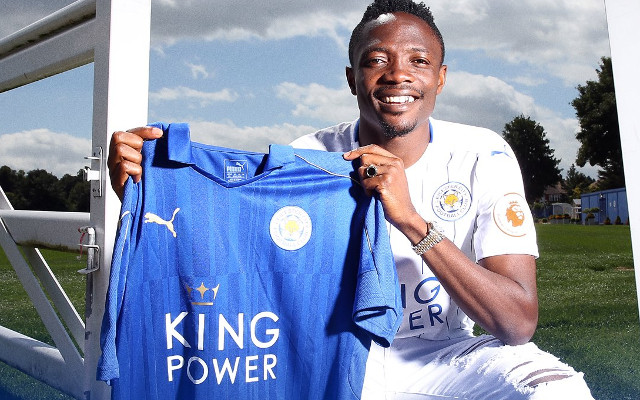 On 5th August 2010, at the age of 17 years old, Ahmed Musa made his debut for the Nigeria senior team (Super Eagles) in a qualification match for the 2012 Africa Cup of Nations against Madagascar, where he came on as a substitute for Mikel Obi in a 2-0 victory. In 2011, Ahmed Musa scored his first goal for the Super Eagles in a friendly match against Kenya.

In April 2011, Ahmed Musa was included in the Nigeria national under-20 football team squad to represent the nation in the 2011 African Youth Championship qualifiers even though his club VVV Venlo had already declared him unavailable for the tournament due to his value and commitments to the club. After some intense negotiations with the Nigerian Football Federation, VVV Venlo and Ahmed Musa’s representatives, they all agreed that Ahmed Musa will shuttle between the Netherlands and South Africa to participate in the tournament with the Nigeria’s national team.

After the opening game against Ghana, Ahmed Musa won the Most Valuable Player of the Year Awards. In August 2011, Ahmed Musa represented the Nigeria U-20 in the 2011 FIFA U-20 World Cup in Colombia, where he scored three goals in five matches. On 7th December 2011, Ahmed Musa was named as one of the four nominees for the Confederation of African Football (CAF) Most Promising Talent Awards. Unfortunately, the award went to Cote d’Ivoire player Souleymane Coulibaly.

In 2013, Ahmed Musa was called up to Nigeria’s 23-man squad for the 2013 African Cups of Nations, where he scored in a 4–1 semi-final victory against Mali and also appeared as a substitute against Burkina Faso in the final as the Super Eagles of Nigeria won their third continental title. 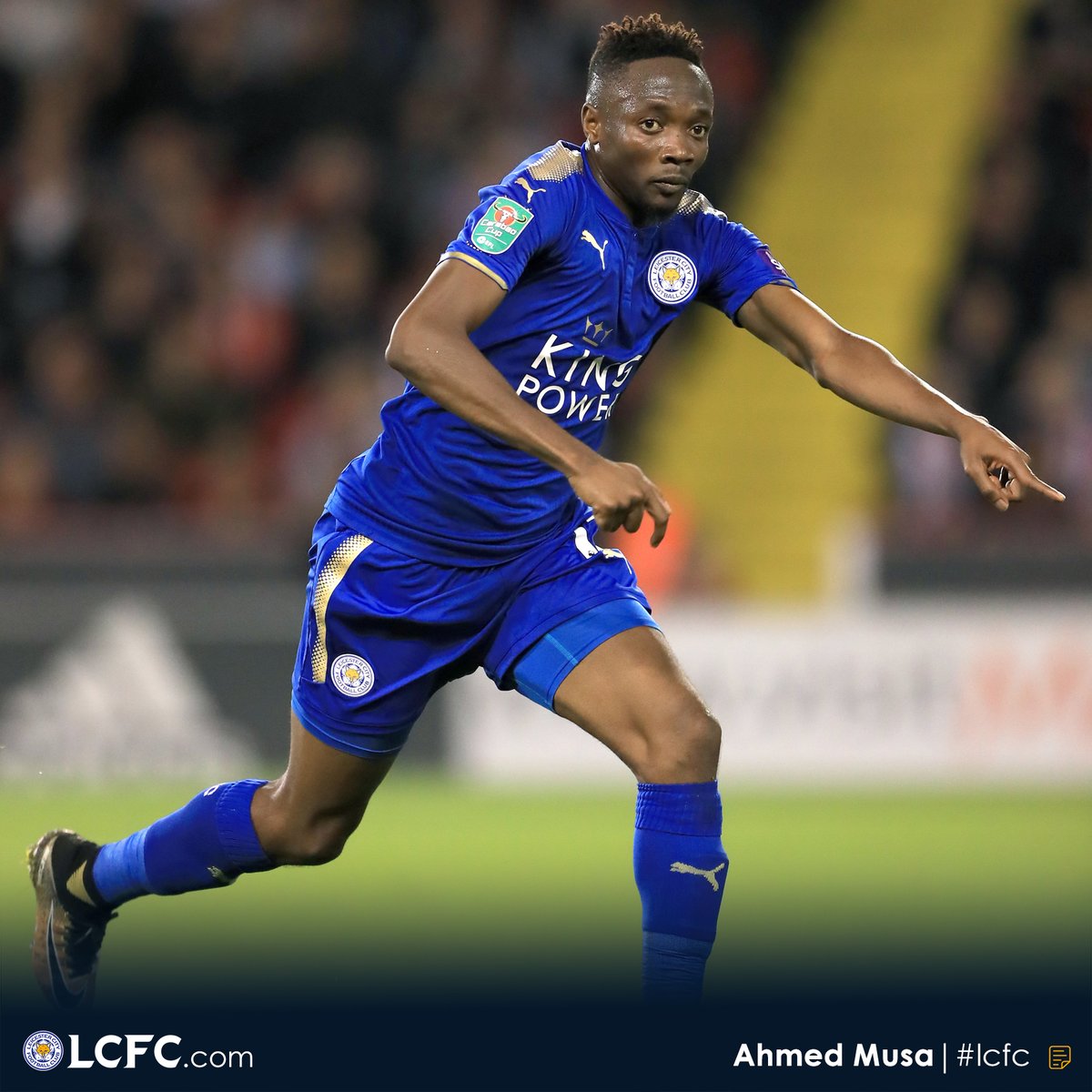 In overall, Ahmed Musa has made five appearances of the Super Eagles six matches. After appearing in all of Nigeria’s qualifying matches, Ahmed Musa was named in late Stephen Kechi’s lists of squad for the 2014 FIFA World Cup, where he scored two goals which led to a 3–2 defeat against Argentina in the team’s final Group F match. In May 2018, Ahmed Musa was named in Nigeria’s preliminary 30 man squad for the 2018 FIFA World Cup in Russia. On 22nd June 2018, Ahmed Musa made history by scoring two goals that led to a 2–0 win against Iceland in their second group match of the World Cup.

Ahmed Musa is currently one of the richest and most influential football player in Nigeria with an estimated net worth of $15 million.