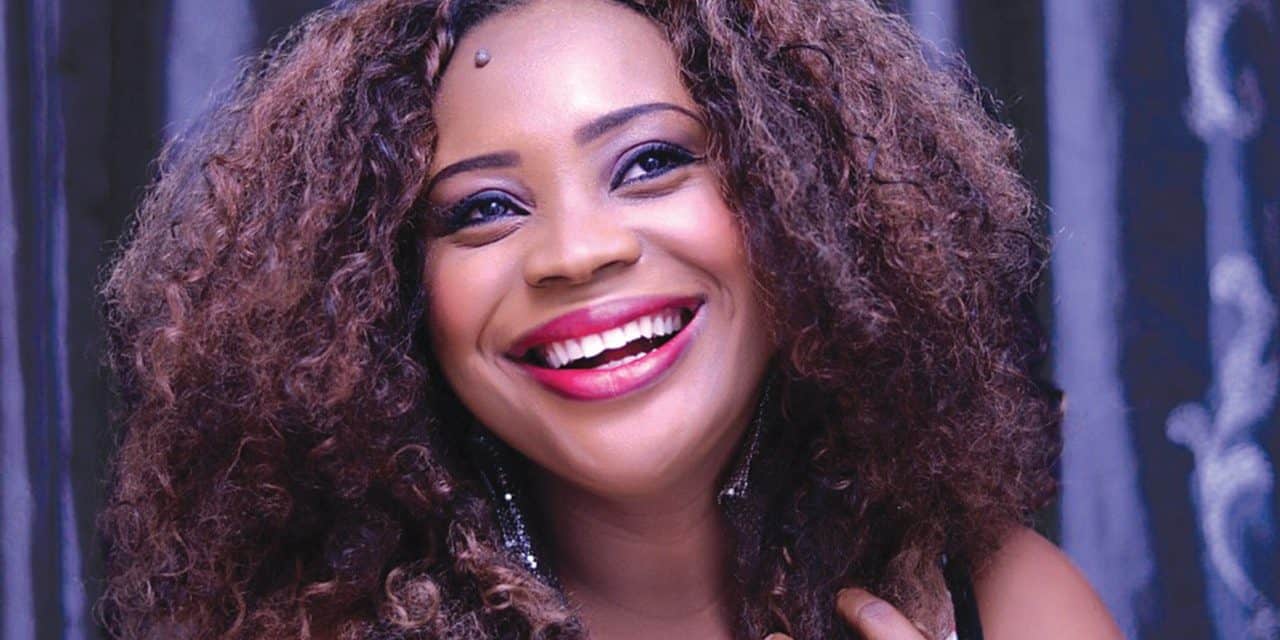 Alexandra Adaeze Okoroji popularly known as Alex Okoroji is a famous Nollywood actress, writer, radio host, public speaker, author, mentor, philanthropist and a television personality. She is also popularly known as Queen of Expression. She was born on 10th March 1984 in Lagos State in the south western part of Nigeria. She is currently 34 years old.

She has been ranked as one of the top 250 most influential women leaders in the world by Richtopia and also honored with a Nigeria Goodwill Ambassador Award. In 2017, she received the Peace Achievers Award as Media Personality of the Year and WEF Iconic Woman Award at the Annual Global Women Economic Forum in New Delhi, India.

Alex Okoroji was born and raised in Lagos, Nigeria. She is the daughter of a musician and former PMAN President, Tony Okoroji and Queen-Mary Okoroji. She is the first child in a family of six children and has five younger siblings. She completed her elementary school at St Leo Catholic Primary School in Ikeja, Lagos State, Nigeria and obtained her First School Leaving Certificate.

Alex Okoroji began her professional acting career in 2005 on television series when she performed in the maiden edition of the reality television show Amstel Malta Box Office (AMBO) in 2005. In 2006, she featured in her first feature film “Calabar girl” where she played a supporting role alongside with Annie Macauley Idibia, Femi Brainard and Kunle Coker.

In 2007, she acted in her first TV Soap Opera “Heaven’s Gate”. In 2008, she worked on television as the host for the segment “Fitness at Your Finger Tips” on Africa Magic and also was the presenter of daytime program “Mega Vision” on Nigerian Television Authority (NTA) in 2008.

She has also anchored several other entertainment programs like “The Show TV” which was syndicated on cable and terrestrial channels in 2009. Alex Okoroji apart from acting is also a scriptwriter. She has written several contents for television shows, movies and has also produced a documentary film titled “Tales of an Enigma” which she produced in 2008.

The documentary film “Tales of an Enigma” was directed by Nigerian filmmaker John Njamah and featured several top and powerful Nollywood celebrities. As an actress she has worked in soap operas, film, theater and has also done voice acting. She has also featured in TV commercials, recorded PSA’s and jingles for radio, voiced TV shows and has also appeared in several musical videos, including Weird MC 2007 music video “Ready to Party”.

Despite graduating from secondary school as a science major, Alex Okoroji attended several film school and academy. Her film training includes two years in Community Theater and some of the movies she has acted include Calabar Girl, Freedom Bank, Trinity, Destiny, State of the Heart, Hero’s Bride, Waiting Years, The Guide and Cajole, amongst others. 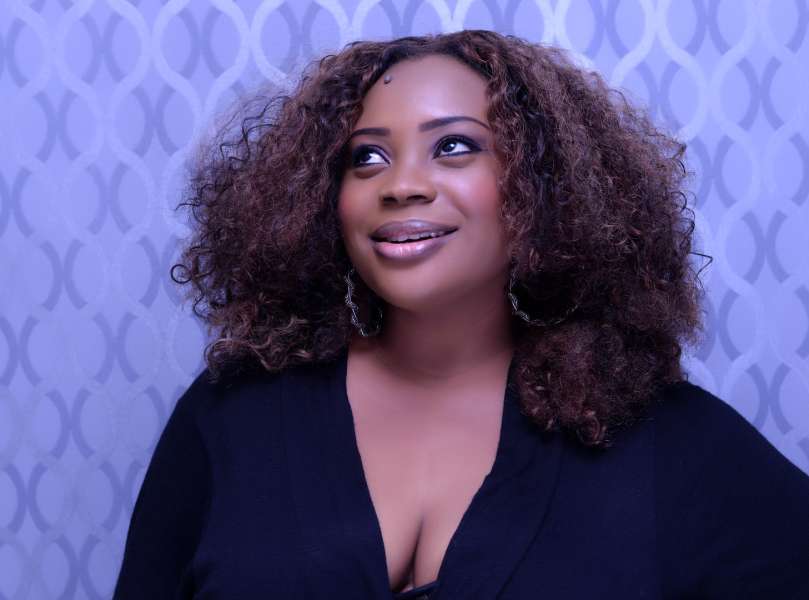 Alex Okoroji aside from acting is also an International contributor to the Huffington Post. She is the first African woman living in Africa to be spotlighted for women’s wisdom on Women Rock Project, listed in the “Actress category” which celebrated her for her contributions to empowering people around the globe with her powerful philosophy alongside powerful celebrities like Vidya Balan, Kate Winslet, Drew Barrymoore, Debbbie Allen, Lady Gaga, Suzanne Sommers, Amy Walker, Arrianna Huffington, Melinda Gate, Hilary Clinton, Michel Obama and Chimamanda Adichie, amongst others.

Alex Okoroji is also one of the most controversial actresses in Nigeria. Her social life and alleged relationship with Nollywood top actor Kalu Ikeagwu have gained widespread coverage in the media. Her on and off relationship with Nollywood actor Kalu Ikeagwu, whom she has dated for several years before getting married to one of Ghanaians top actor and former Tinsel co-star, Omar Shariff Captan in a private wedding ceremony held in Lagos, Nigeria in 2010 has created a lot of controversy most especially on social media.

Unfortunately, after some misunderstanding that could not be resolved, Alex Okoroji and her Ghanaian husband Omar Shariff Captan got divorced in less than two years after their marriage and went their separate ways.

Alex Okoroji is also an advocate for expression, a reinvention activist and a multi-platform ambassador for self empowerment and transformation and has managed to successfully re-invent herself at every stage of her career. As a thought leader and global connector spreading the naked philosophy and inspiring many people especially from inside African region. She is a noted international public speaker, panelist, and key presenter at several digital conferences, media workshops, podcasts and virtual summits around the world.

In 2017, she attended the Annual Global Women Economic Forum and Amy Walkers Give Gratitude Summit. In 2016, she attended the Women’s Virtual Success Summit, joining over 45 world-renowned business and industry experts from 7 countries in 6 continents around the globe. The mains idea of the summit was a stop campaign against domestic violence against women especially in marriage. 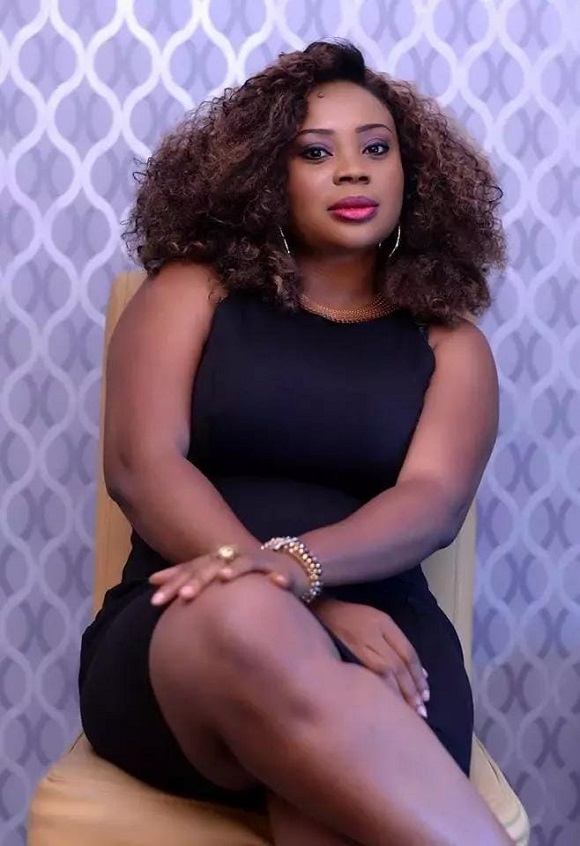 She has also attended “Take a Leap” Twitter Conference featuring speakers from Australia, United States of America, United Kingdom and Nigeria in celebration of International Women’s Day. She has also attended the Dynamic Women Talk Radio International Roundtable and many more. Alex Okoroji has also appeared as a celebrity guest on the “Hot Seat” on the 13th season of Nigeria’s number one Television Game Show “Who Wants to be a Millionaire” a show hosted by MTN and where she played alongside with Tosin Ajirire, an entertainment editor of The Sun Newspaper, to assist humanitarian founder, Dada Marquis raise two million naira for The Dada Marquis Foundation.

Aside from acting Alex Okoroji is also a star host of a radio programme. She is currently achieving huge success on radio as a host of the programme “Naked Talk with Alex Okoroji” an International Syndicated Talk Radio Show broadcast live from inside Africa with over 2.5 million listeners around the world and also on BlogTalkRadio, a New York based Internet Radio Network.

The show is streamed live and automatically archived and distributed as Podcast across several other Global Networks such as Acast, PlayerFM, Stitcher, Tunein Radio, Itunes, Pod Africa, Radio Public and The Good Radio Network in Canada.

Alex Okoroji has hosted several high profiled red carpet events both in Nigeria and abroad. In 2007, she presented and hosted Nigerian Music Awards. In 2009, she presented and hosted the Soundcity Music Video Awards and was also the Official Red Carpet Co-Host alongside with Soundcity popular television VJ Adams at the 8th Africa Movie Academy Awards which was held at the Eko Hotel and Suit in Victoria Island, Lagos State, Nigeria in 2012.

In 2014, Alex Okoroji was an award presenter with fellow actor, Femi Brainard at the Coson Song Awards at the Grand Ball room of Oriental Hotel in Lagos, Nigeria. In May 2015, she also co-anchored recitals at the prestigious “Coson Roll of Honor” with ace Nigerian television broadcaster, Etoma Edu at the Copyright Society of Nigeria 5th Anniversary Celebration. In 2017, she was also the Co-Host of the 2017 Qtaby Cruiz & Chillz Boat Event with Award Winning Singer and Songwriter, Timi Dakolo.

Alex Okoroji is currently one of the richest and most influential actress and television personality in Nigeria with an estimated net worth of $600,000.