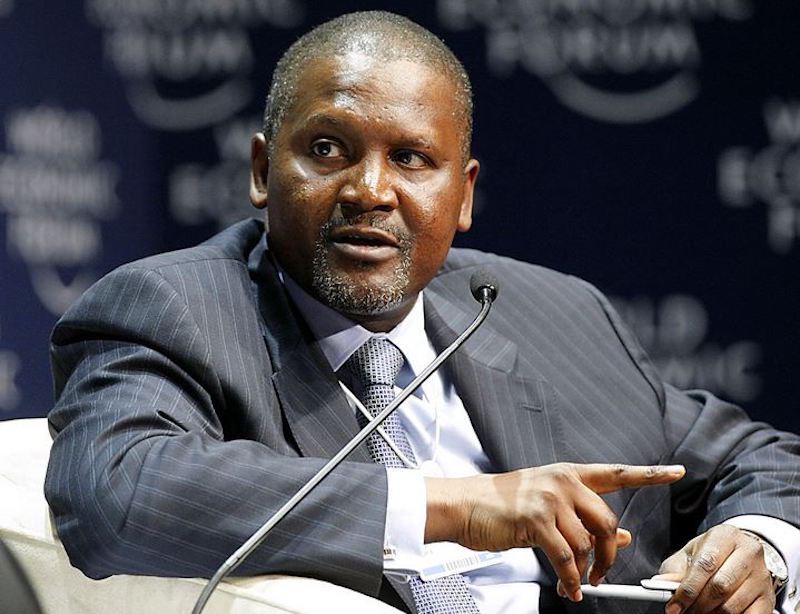 Aliko Dangote is a famous Nigerian business magnate, investor, entrepreneur, philanthropist and the chairman and chief executive officer (CEO) of Dangote Group. His company specializes in the production and exportation of cement and food commodities in Nigeria and other African countries. He is currently the richest man in Africa. He was born on 10th April 1957 into a wealthy Muslim family in Kano State in the northern part of Nigeria. He is currently 61 years old. His father’s name is Mohammed Dangote while his mother’s name is Hajia Mariya Sanusi Dantata.

Aliko Dangote completed his primary school education at Sheikh Ali Kumasi Madrasa. After which he completed his college education at Capital High School both in Kano State, Nigeria. After completing his primary and secondary school education, Aliko Dangote proceeded to Al-Azhar University in Cairo, Egypt and graduated with a Bachelor’s Degree in Business Studies and Administration.

In 1977, he borrowed money from his Uncle to start a business in Lagos, Nigeria. From that money he established The Dangote Group as a small trading firm back then in 1977. Due to his hard work, determination and leadership skill, he expanded his business into an empire and a multi-billion dollar conglomerate with many of its operations in Nigeria, Republic of Benin, Ghana, Togo and other African countries.

Today, Aliko Dangote has expanded his business to cover food processing, and cement manufacturing. He is the leading manufacturer in Africa. His company The Dangote Group also dominates the sugar market in Nigeria and is a major supplier to the country’s soft drink companies, breweries, and confectioners. The company has since moved from being an ordinary trading company to be the largest manufacturing industry in Africa. His company’s main products in Nigeria include Dangote Sugar Refinery, Dangote Cement and Dangote Flour, amongst others.

In July 2012, Aliko Dangote bought a large piece of land from the Nigeria Port Authority in Apapa, Lagos State, Nigeria and built the facilities for his flour company. In early 1990s, he approached the Central Bank of Nigeria with the idea that it would be cheaper for the bank to allow his transport company to manage their fleet of staff buses, a proposal that was approved by the CBN management.

As of today, Aliko Dangote Company is the largest refinery in Africa and the third largest in the world, producing over 800,000 tons of sugar annually. His company also owns salt factories and flour mills and is also a major exporter of rice, fish, pasta, cement, and fertilizer to other African countries. His company also exports cotton, cashew nuts, cocoa, sesame seeds, and ginger to several countries around the world.

Aliko Dangote also has other investments in real estate, banking, transport, textiles, oil, and gas. His company is the highest employer of labor in Nigeria. His company employs more than 11,000 people and is the largest industrial conglomerate in West Africa.

Aliko Dangote in the bit to expand his business has diversified into telecommunications and has started building 14,000 kilometres of fibre optic cables to supply the whole of Nigeria. As a result of his achievement, he was honored in January 2009 as the leading provider of employment in the Nigerian construction industry by the Federal Government of Nigeria. 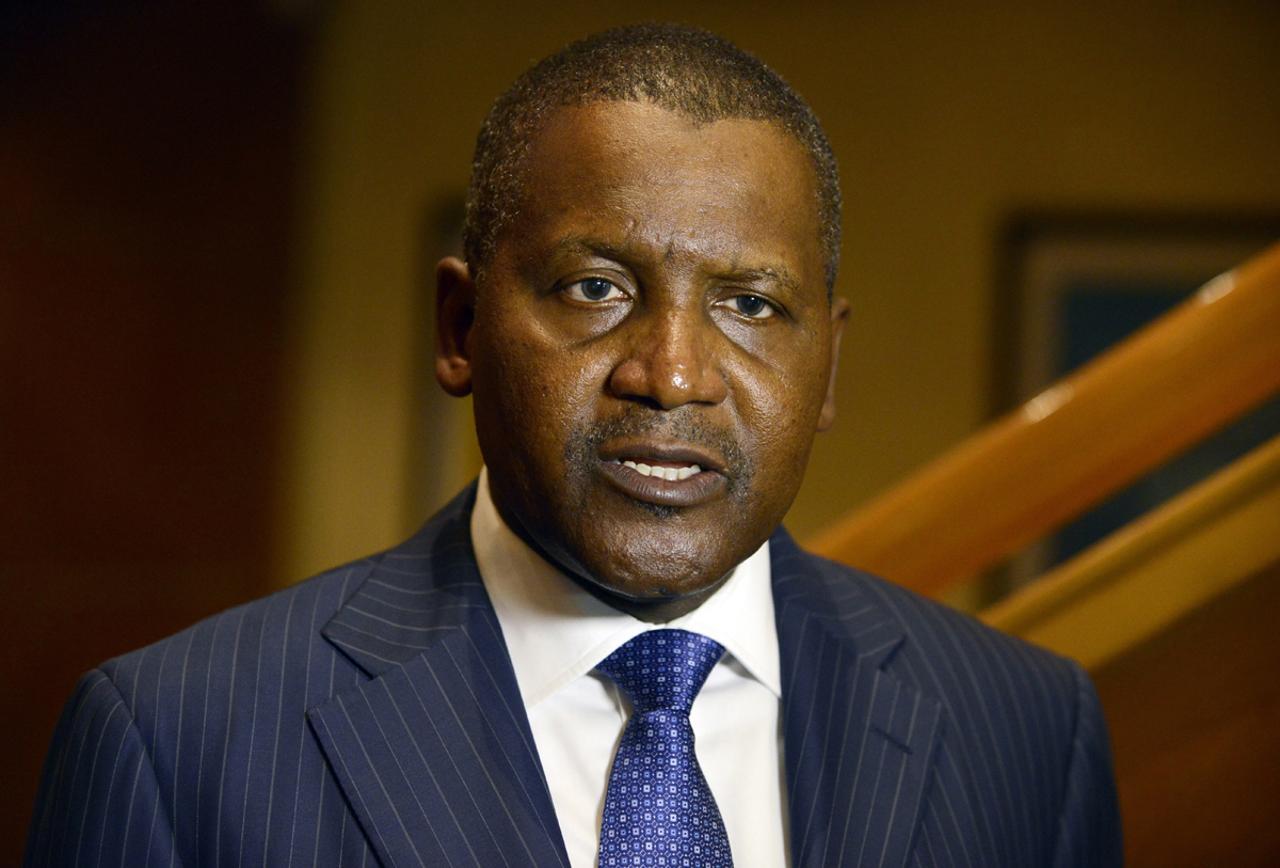 In May 2010, Daily Mirror in Great Britain reports that Aliko Dangote was interested in buying a 16 percent stake in Premiership side Arsenal belonging to Lady Nina Bracewell-Smith. Unfortunately, Aliko Dangote denied the rumor after being confronted by Nigerian sport journalists.

In November 2011, Aliko Dangote was awarded with Grand Commander of the Order of the Niger (GCON) by the former President of Nigeria, Dr. Goodluck Ebele Jonathan, an award which happens to be the second-highest honor in Nigeria.

In 2013, according to the Bloomberg Index, Aliko Dangote reportedly added $24.2 billion to his personal wealth, making him the 30th-richest person in the world and the richest person in Africa at that time. In 2014, the Nigerian government stated that Aliko Dangote had donated over N150 million ($750,000) to stop the spread of Ebola in Nigeria.

After denying the reports by Great Britain’s Daily Mirror in 2010, of his ambition to buy Arsenal, in May 2015, Aliko Dangote formally expressed interest in purchasing the English football team Arsenal. He stated officially that if he was able to make the purchase he would fire the club’s long-standing manager Arsene Wenger, who has been a failure in Arsenal.

Aliko Dangote is currently married with three lovely children. He has been married four times and his first three marriages ended up in divorce. He currently lives in Lagos, Nigeria with his family. In 2014, Aliko Dangote was named as the African Personality of the Year by Forbes Magazine. In 2013, Aliko Dangote and other six prominent Nigerians were conferred honorary citizenship of Arkansas State by Governor Mike Beebe who also proclaimed 30th May of every year as Nigeria Day in the United States of America. In 2015, Aliko Dangote won the Clinton Global Citizen Award in the United States of America.

Aliko Dangote is currently the richest and most influential man in Africa and one of the 100th richest man in the world with an estimated net worth of $15 billion.