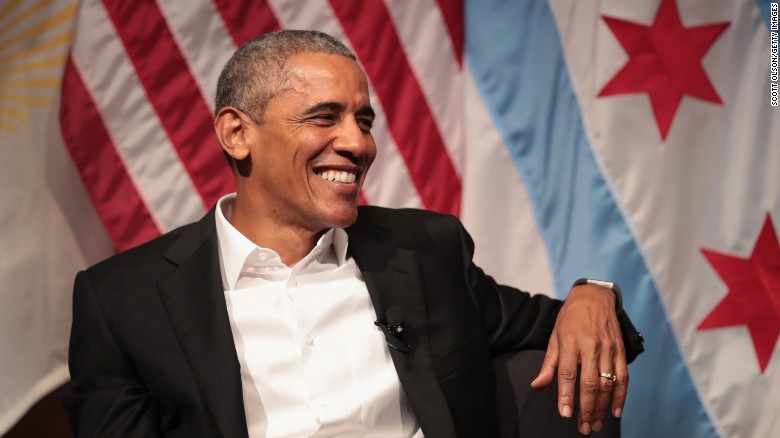 He was born on 4th August 1961 in Kapiolani Medical Center for Women and Children in Honolulu, Hawaii in the United States of America. He is currently 56 years old. In 1992, he got married to Michelle Obama and the marriage is currently blessed with two beautiful children namely Malia Ann Obama and Sasha Obama.

Barack Obama is the only President who was born in Hawaii and the only President who was born outside of the contiguous 48 states in the United States of America. He was born to a white mother and a black father. His mother, Ann Dunham was born in Wichita, Kansas. She was of English descent and with some German, Irish, Scottish, Swiss and Welsh ancestry. While his father, Barack Obama Sr. was of Kenyan descent and ancestry in Africa.

Few weeks after his birth, which was in August 1961, Barack Obama and his mother moved to the University of Washington in Seattle, United States of America, where they lived for a year. During that time, his father had just completed his undergraduate studies in Hawaii, graduating with a degree in economics in June 1962. After that, he was awarded a scholarship to study at Harvard University, where he earned a Master of Arts Degree in Economics. In March 1964, when Barack Obama was just 2 years old, his parents got divorced and went their separate ways. 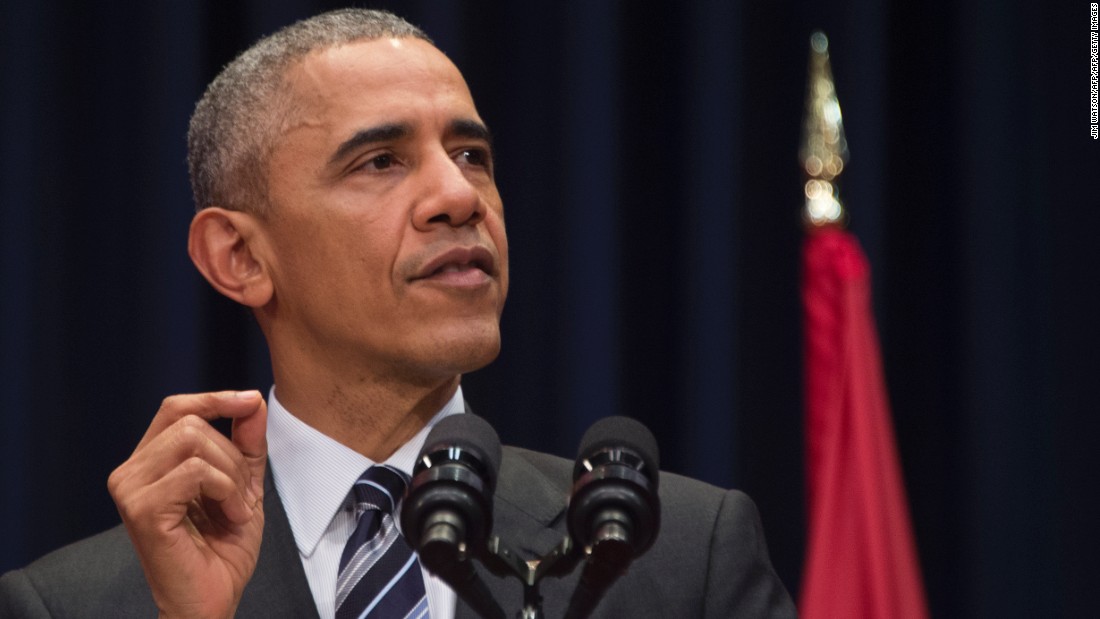 Obama father returned back to Kenya in 1964, where he got married again for a third time. He visited his son Barack Obama in Hawaii once at Christmas period in 1971, before he was killed in an automobile accident in 1982, when Obama was just 21 years old. Recalling his early childhood, Barack Obama stated that his father was very dark just like most Africans while his mother was white just like milk. But looking at his physical appearance, you will believe he takes after his mother.

During his time in Indonesia, Barack Obama’s step-father taught him to be resilient and gave him a pretty hardheaded assessment of how the world works. In 1971, Barack Obama returned to Honolulu, Hawaii in the United States of America to live with his maternal grandparents.

While staying with his maternal grandparents, Barack Obama attended Punahou School, a private college preparatory school with the aid of a scholarship from fifth grade until he graduated from high school in 1979. During his youth age, Barack Obama went by the nickname “Barry”. He lived with his mother and half-sister, May Soetoro in Hawaii, United States of America for three years from 1972 to 1975 while his mother studied at University of Hawaii and graduated with Degree in Anthropology.

Barack Obama decided to stay in Hawaii with his maternal grandparents as he completed his high school education in Punahou, while his mother and half-sister returned to Indonesia in 1975 so his mother could begin anthropology field work.

Barack Obama mother spent most of the next two decades in Indonesia. She divorce Lolo (her husband) in 1980 and earned a PhD doctorate degree in 1992, before she died in 1995 in Hawaii, United States of America, following an unsuccessful treatment of Ovarian and uterine cancer. 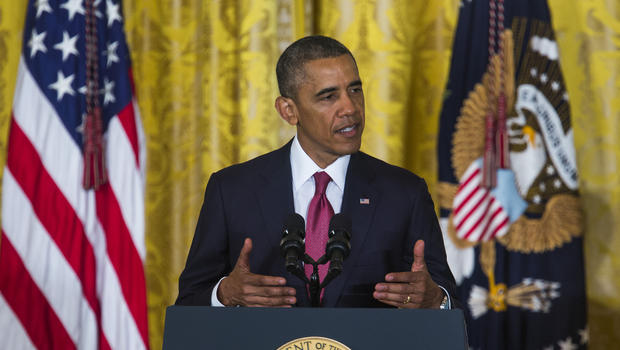 During his teenage age, Barack Obama was addicted to alcohol, marijuana and cocaine. He was also a member of the “choom gang”, a self-named group of friends that spent time together and occasionally smoking marijuana. After graduating from high school in 1979, Barack Obama moved to Los Angeles in the United States of America to attend Occidental College.

In February 1981, Barack Obama made his first public speech, calling for Occidental to participate in the disinvestment from South Africa in response to that nation’s policy of apartheid. In middle 1981, Barack Obama traveled to Indonesia to visit his mother and half-sister Maya. He also visited the families of his college friends in Pakistan and India for three weeks.

In 1983, Barack Obama graduated with a Bachelor’s of Arts Degree and worked for about a year at the Business International Corporation, where he was a financial researcher and writer, later as a project coordinator for the New York Public Interest Research Group on the City College of New York Campus for three consecutive months in 1985. In 1988, Barack Obama got admitted to Harvard Law School in United States of America and graduated in 1991.

From 1997 to 2004, Barack Obama represented the 13th District for three terms in the Illinois Senate, when he ran for the United Stated of America Senate. In 2004, Barack Obama received national attention with his unexpected march primary win. His well-received July 2004 Democratic National Convention keynote address, gave him the advantage to win the election as Senate of the United States of America in November 2004.

In 2008, Barack Obama was nominated for President of the United States of America a year after his campaign began and after a close primary campaign against Hillary Clinton. He was elected over Republican John McCain and inaugurated on 20th January 2009. Nine months later, Barack Obama was named the 2009 Nobel Peace Prize laureate. 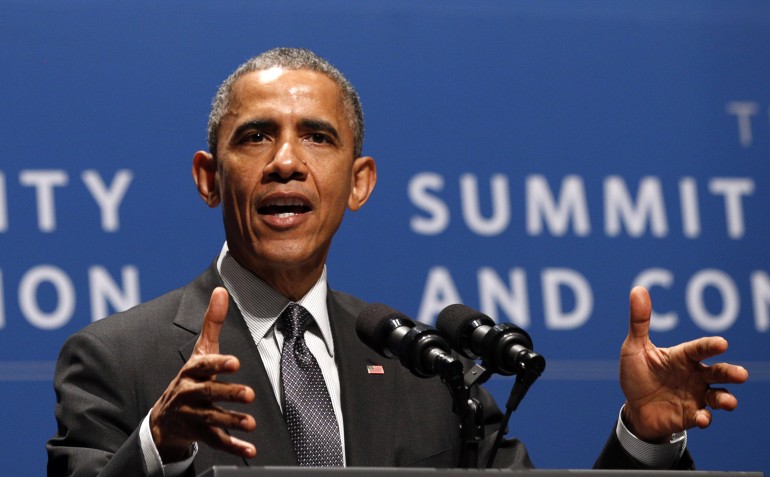 During his first two years in office as President of the United States of America, Barack Obama signed many landmark bills into law. The main reforms were the Patient Protection and Affordable care Act which was often referred to as Affordable Care Act, the Dodd-Frank Wall Street Reform and Consumer Protection Act, and the Don’t Ask & Don’t Tell Repeal Act of 2010.

In foreign policy, Barack Obama increased the U.S. troop levels in Afghanistan, reduced nuclear weapons and ended military involvement in Libya in Opposition to Muammar Gaddafi which later resulted to the death of Muammar Gaddafi. He also ended military involvement in the Iraq War. He also ordered the military operation that resulted in the death of world notorious terrorist Osama bin Laden and suspended Yemeni AlQaeda operative Anwal al-Awlaki.

After winning his re-election in 2013 by defeating Republican opponent Mitt Romney, Barack Obama was sworn in for a second term tenure in 2013 as the President of the United States of America. During his second tenure as U.S President, he promoted inclusiveness for LGBT Americans. His administration filed briefs that urged the Supreme Court to strike down same-sex marriage bans as unconstitutional. He advocated for gun control in response to the Sandy Hook Elementary School shooting and issued wide-ranging executive actions concerning climate change and immigration.

In foreign policy, Barack Obama ordered the military intervention in Iraq in response to gains made by ISIL after the 2011 withdrawal from Iraq. He also promoted discussions that led to the 2015 Paris Agreement on global climate change. In January 2017, Barack Obama left office with a 60% approval rating and currently resides in Washington, D.C. in the United States of America with his family. Since then, his presidency and administration has been favorably ranked by historians and the general public. He also had a high global approval rating, and the United States’ reputation saw a dramatic upward shift during his presidency. He was regarded as the best president America has ever produced.

Barack Obama is currently one of the richest and most influential personality and public figure in the United States of America with an estimated net worth of $40 million.