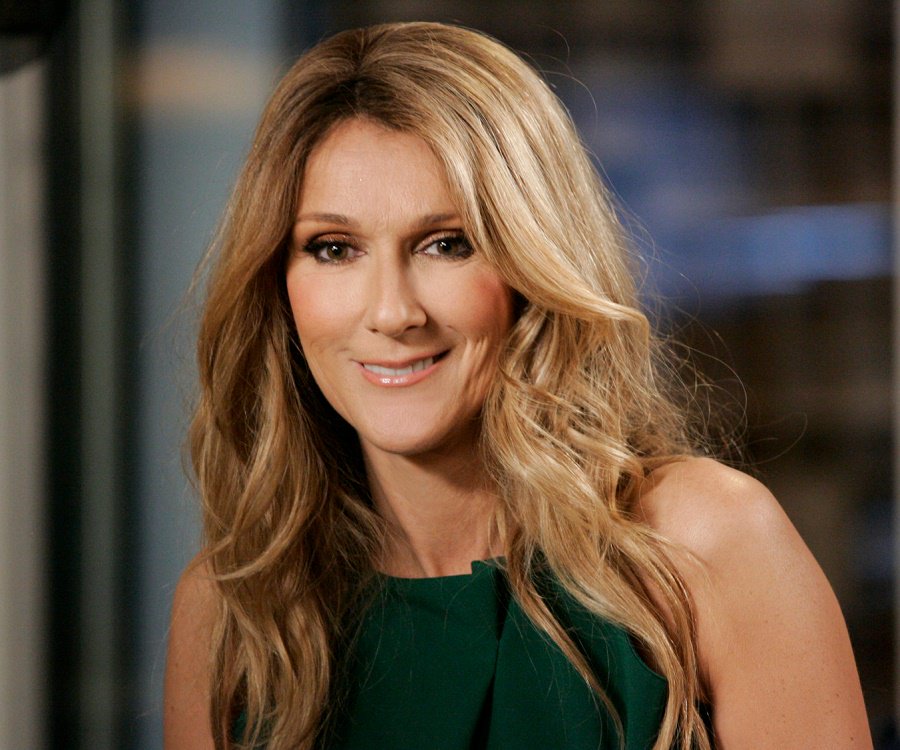 Celine Marie Claudette Dion popularly known as Celine Dion is a famous Canadian singer, songwriter, stage performer and a vocalist. She is widely considered as the greatest female musician in the planet and a music legend with millions of albums sold worldwide. She was born on 30th March 1968 in Charlemagne, Quebec, Canada. She is currently 50 years old. She is very gifted, skillful, creative and talented.

Celine Dion is the youngest child in a family of 14 children. Her mother’s name is Therese Dion, she was a homemaker and her father’s name is Adhemar Dion, he was a butcher. Her parents are both of French-Canadian descent. Celine Dion was raised in a poor Roman Catholic family in Charlemagne. Music had always been a major part of her family, and she was named after the song “Céline” which French singer Hugues Aufray had recorded two years before her birth. 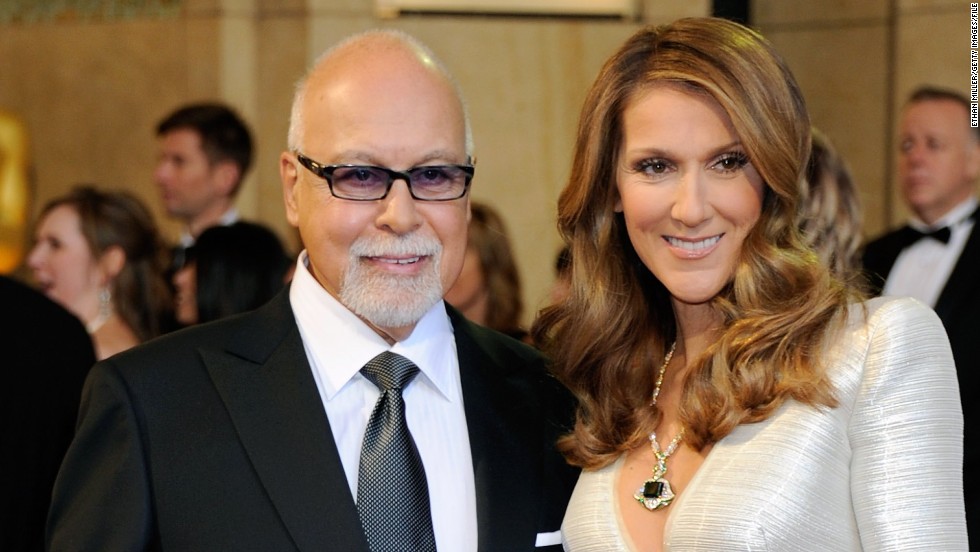 On 13th August 1973, at the age of 5 years old, Celine Dion made her first public appearance at her brother Michel’s wedding, where she performed Christine Charbonneau’s song “Du fil des aiguilles et du cotton”. She continued to perform with her siblings in her parents’ small piano bar called Le Vieux Baril (meaning “The Old Barrel”). From an early age, Celine Dion had dreamed of being a performer. Celine Dion emerged as a teen star in the French-speaking world after her first record.

At the age of 12 years old, Celine Dion collaborated with her mother and her brother Jacques to write and compose her first song “It Was Only a Dream”. Her brother Michel sent the recording to music manager René Angélil, whose name he discovered on the back of a Ginette Reno album. Angélil was moved to tears by Celine Dion’s voice and decided to make her a star. 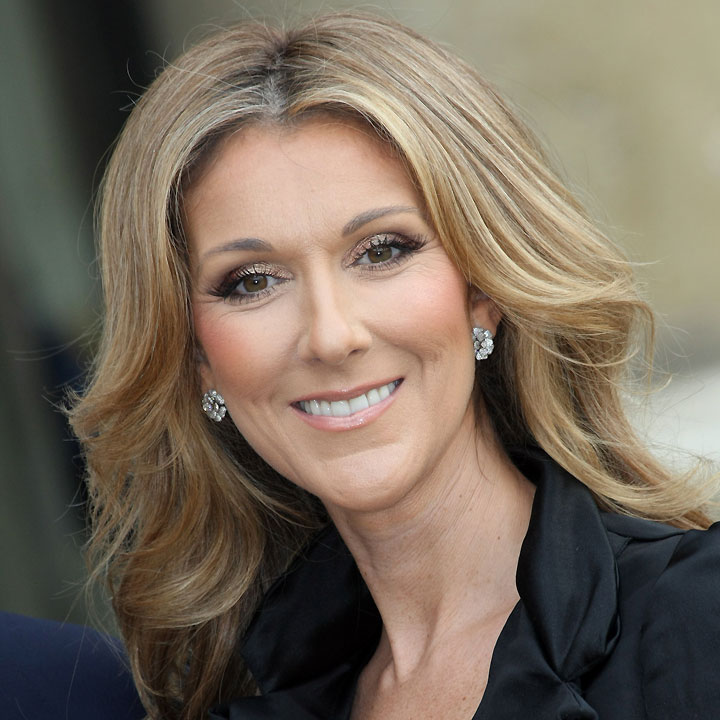 In 1981, he mortgaged his home to fund her first record “La voix du bon Dieu” which later became a local Number 1 hit and made Celine Dion an instant star in Quebec, Canada. Her popularity spread to other parts of the world when she competed in the 1982 Yamaha World Popular Song Festival in Tokyo, Japan and won the musician’s award for “Top Performer” as well as the gold medal for Best Song.

By 1983, in addition to becoming the first Canadian artist to receive a gold record in France for the single “Of Love or of Friendship”. Celine Dion had also won several Felix Awards including Best Female Performer and Discovery of the Year. Celine Dion became very successful when she represented Switzerland in the 1988 Eurovision Song Contest with the song “Ne partez pas san moi” and won the contest by a close margin in Dublin, Ireland. 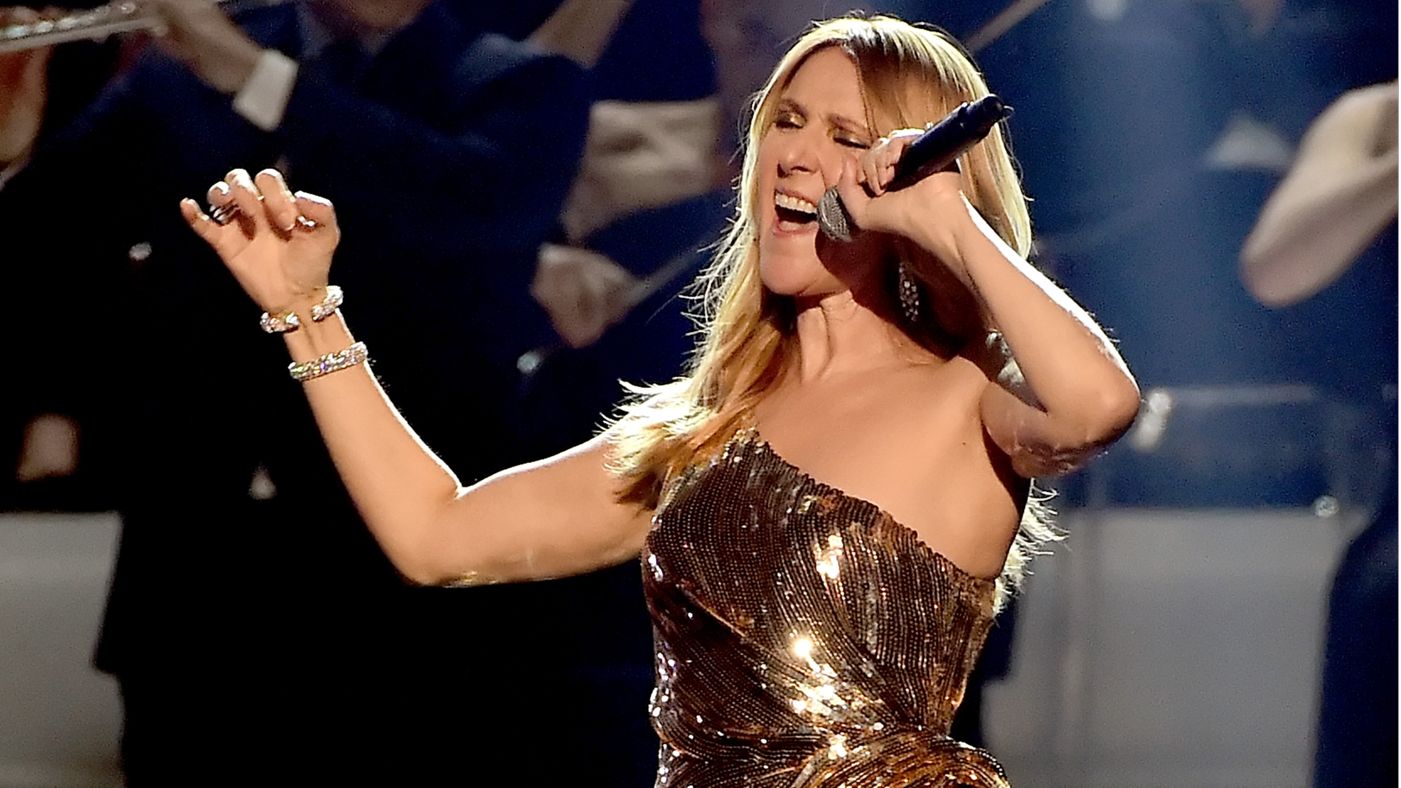 At the age of 18 years old, after watching Michael Jackson performance, Celine Dion told Angélil that she wanted to be a star like Michael Jackson. Though confident in her talent, Angélil realized that her image needed to be changed in order for her to be marketed worldwide. Unfortunately, Celine Dion receded from the spotlight for a number of months, during which she underwent dental surgery to improve her appearance and was sent to the Ecole Berlitz in 1989 to polish her English.

In 1989, during a concert on the Incognito Tour, Celine Dion injured her voice. She consulted the otorhinolaryngologist William Gould, who gave her an ultimatum, either to have immediate surgery on her vocal cords or do not utilize them at all for three weeks. Celine Dion chose the latter and underwent vocal training with William Riley. 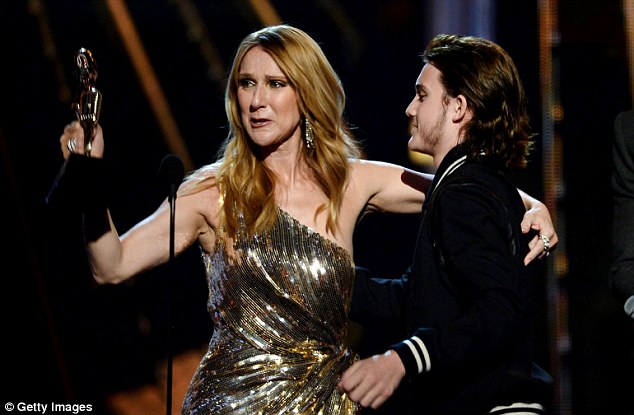 In 1994, Celine Dion got married to Rene Angelil and the marriage is currently blessed with three children namely Rene-Charles Angelil, Eddy Angelil and Nelson Angelil.

Celine Dion first gained international recognition in the 1980s by winning both the 1982 Yamaha World Popular Song Festival and the 1988 Eurovision Song Contest where she represented Switzerland. Following a series of French albums during the 1980s, Celine Dion signed a record contract deal with Epic Records in the United States of America. 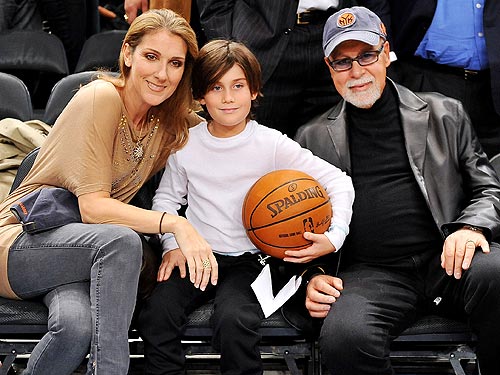 In 1990, Celine Dion released her first debut studio English Language album “Unison” establishing herself as a viable pop artist in North America and other English speaking areas of the world. During the 1990s, with the help of Angélil, she achieved worldwide fame after releasing several English albums along with additional French albums.

However, in 1999 at the height of her success, Celine Dion announced that she will take a break from entertainment to start a family and spend time with her husband, who had been diagnosed with cancer. 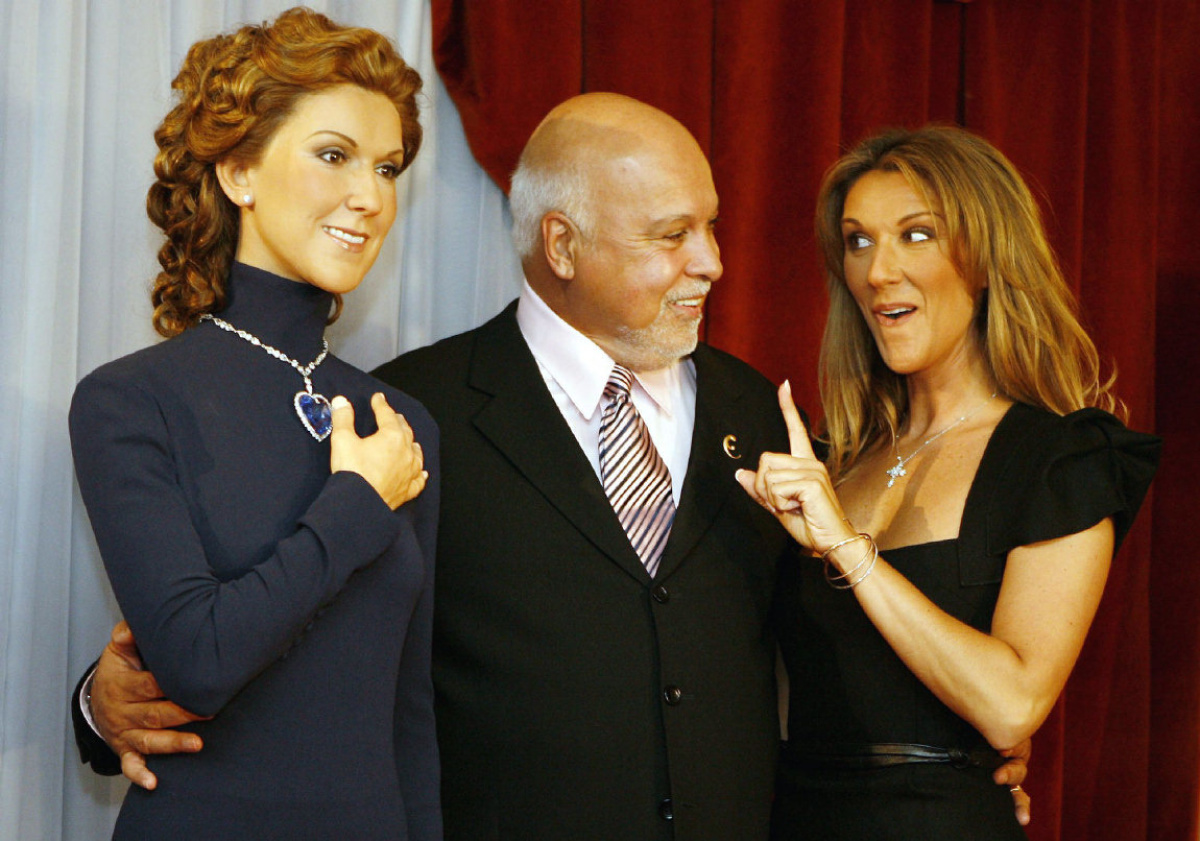 On 15 March 2011, Celine Dion returned to the Colosseum to perform her second residency show “Celine” with a contract until 2019. She is the highest paid resident performer earning $500,000 per show. She performed her record breaking 1000th overall Las Vegas show on 8th October 2016.

Celine Dion’s music has been influenced by genres ranging from rock and R&B to gospel and classical. Her recordings are mainly in French and English, although she also sings in Spanish, Italian, German, Latin, Japanese and Mandarin Chinese. While her releases have often received mixed critical reception, she has been regarded as one of pop music’s most influential voices. 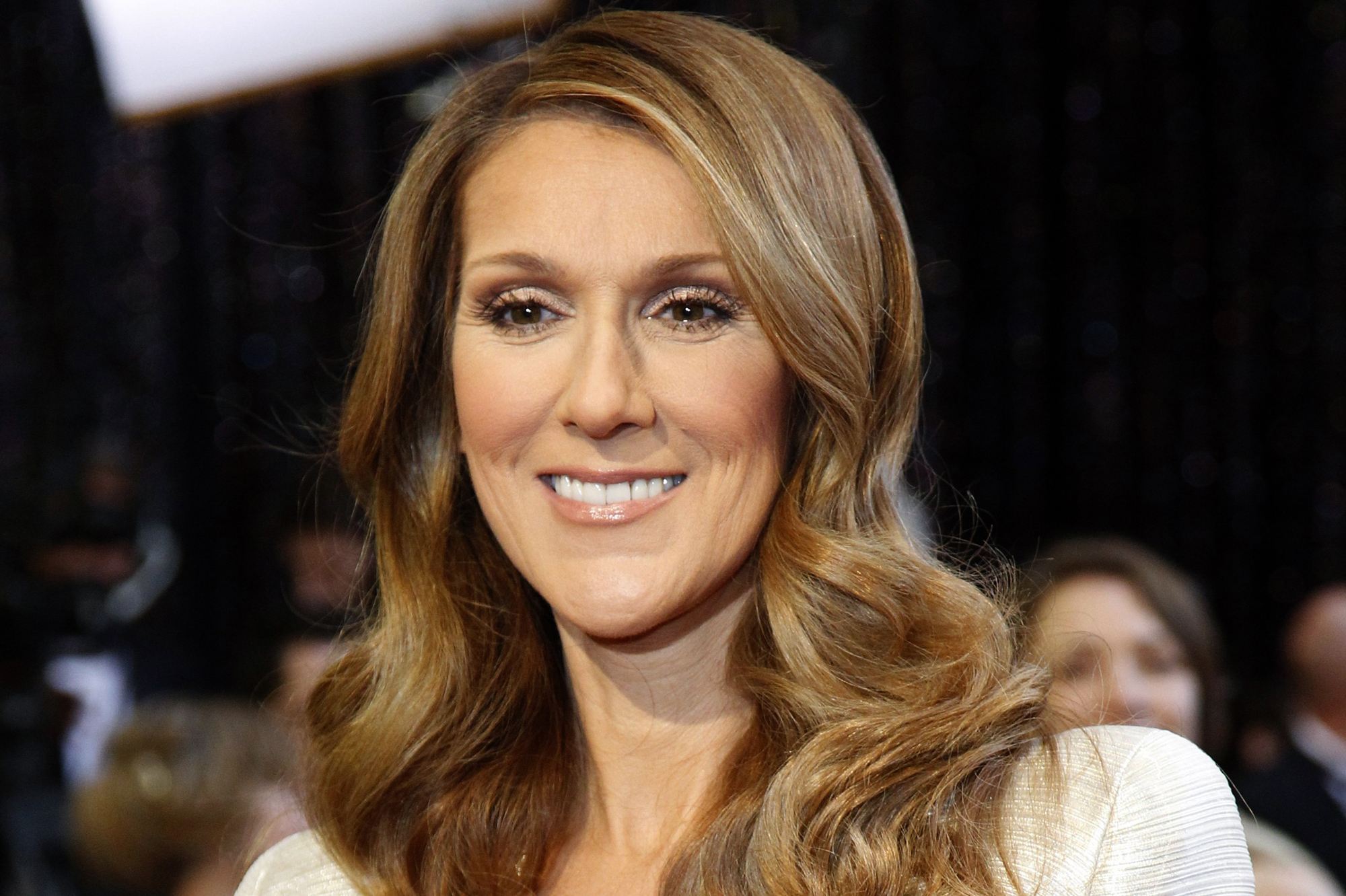 Celine Dion has won five Grammy Awards, Including Album of the Year and Record of the Year. She is the second best-selling female artist in the United States of America during the Nielsen SoundScan era. In 2003, Celine Dion was honored by the International Federation of the Phonographic Industry (IFPI) for selling over 50 million albums in Europe.

Celine Dion currently resides in Henderson, Nevada with her family. She first met her husband and manager, Rene Angelil in 1980 when she was 12 years old and Rene Angelil was 38 years old. They began a relationship in 1987 and became engaged in 1991. 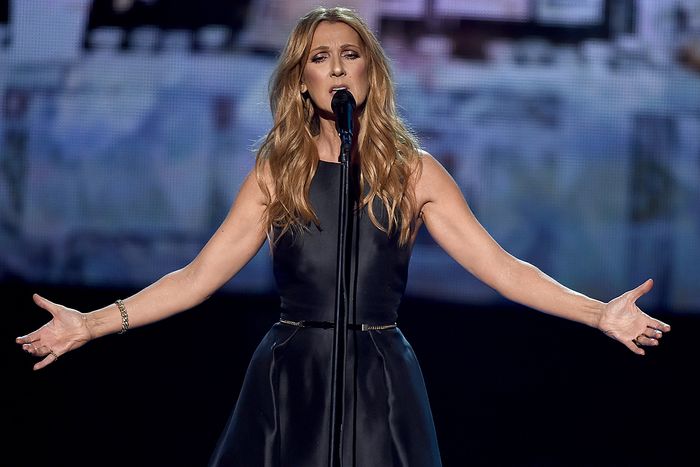 They got married on 17th December 1994 at Notre-Dame Basilica in Montreal, Quebec, Canada. On 5th January 2000, Celine Dion and her husband Angelil renewed their wedding vows in Las Vegas, United States of America.

Unfortunately, on 22nd March 2018, Celine Dion’s management team announced that Celine Dion had been dealing with hearing irregularities for the past 12 to 18 months due to Patulous Eustachian tube and would undergo a minimally invasive surgical procedure to correct the problem after ear drop medications appeared to be no longer working.

Celine Dion is currently one of the richest and most influential female artiste in Canada with an estimated net worth of $630 million.