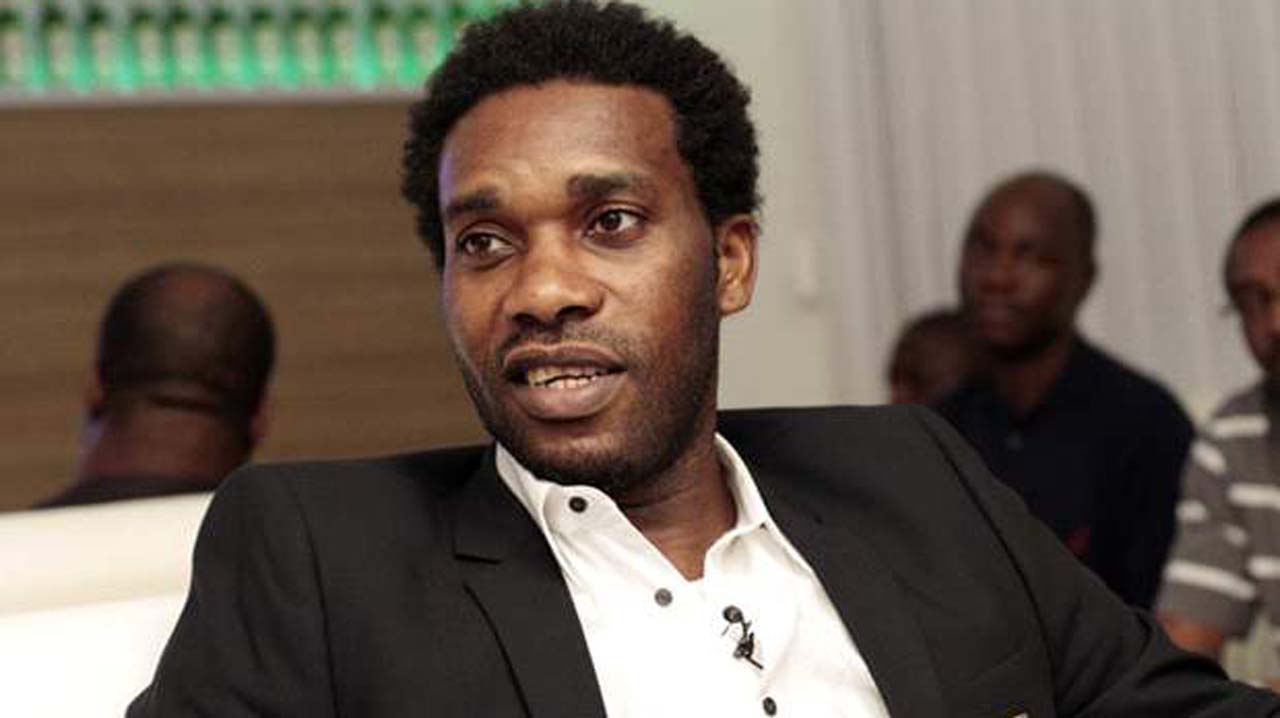 Austin Azuka Jay-Jay Okocha popularly known as Jay-Jay Okocha is a famous Nigerian football player, investor, entrepreneur and a philanthropist. He has been described as a legend in the game of football and the greatest and most skillful football player of all time and also one of the most successful footballers in Africa. He was born on 14th August 1973 in Enugu coal city, Enugu State in the south eastern part of Nigeria. He is currently 44 years old.

He played as an attacking midfielder for the Super Eagles of Nigeria national team and English premier league club Bolton Wanderers in England and was the captain of the Nigeria Super Eagles for many years before retiring from the national team. He is a quick and skillful playmaker, who is widely regarded as the best Nigerian player of his generation and one of the greatest African players of all time. Jay-Jay Okocha was known for his confidence, technique, creativity and dribbling skills as well as his use of feints and step-over tactics in humiliating and frustrating players that challenge him on pitch.

Due to his skills, he was described by Ronaldinho as the legendary king of football and a mentor to young athletes. Jay-Jay Okocha has a dual citizenship of both Nigeria and Turkish, having acquired Turkish citizenship as “Muhammet Yavuz” while playing for Super Lig team Fenerbahce.

Jay-Jay Okocha was born in Enugu coal city, Enugu State in the south eastern part of Nigeria. His parents were from Ogwashi-Uku, Delta State in the south southern part of Nigeria. The name Jay-Jay was actually passed onto him from his elder brother James, who started playing football first before Okocha. His immediate elder brother, Emmanuel was also called Emma Jay-jay, but the name got stuck with Okocha instead due is popularity all over the world.

Jay-Jay Okocha began playing football on the streets just like many other football stars, usually with a makeshift ball. However, during an interview with BBC Sport, he stated that as far as he can remember, he used to play with anything, with any round thing he could find, and whenever he managed to get hold of a ball, that was a bonus!

In 1990, Jay-Jay Okocha joined Enugu Rangers. In his time at the club he produced many spectacular displays including one where he rounded off and scored a goal, against experienced Nigerian goalkeeper William Okpara in a match against BCC Lions. Later in that same year which was 1990, Jay-Jay Okocha went on holiday to West Germany, the country that had just won the 1990 FIFA World Cup, so he could watch German league football.

His friend at that time who goes by the name Binebi Numa was playing in the Third Division for Borussia Neunkirchen in Germany. One morning while in Germany, Okocha accompanied his friend Binebi Numa to training, where he was asked to join in. While training along with the team, Okocha displayed massive skills and amazing performance to the extent that Neunkirchen coach was impressed with his skills and invited him back the next day before offering him a contract to join the club in Germany. That is how Jay-Jay Okocha international football career began.

A year later, Okocha joined FC Saarbrucken, but stayed only a few months before moving to Bundesliga with Eintracht Frankfurt. In December 1991, Okocha joined Eintracht Frankfurt, where he linked up with many well-known players including Ghanaian international striker Tony Yeboah and later Thomas Doll. While playing for the club, Jay-Jay Okocha continued to shine for the German side, one highlight being a goal he scored against Karlsruher SC, in which he dribbled in the penalty box and slotting the ball past goalkeeper Oliver Kahn and some players before hitting the goal net. 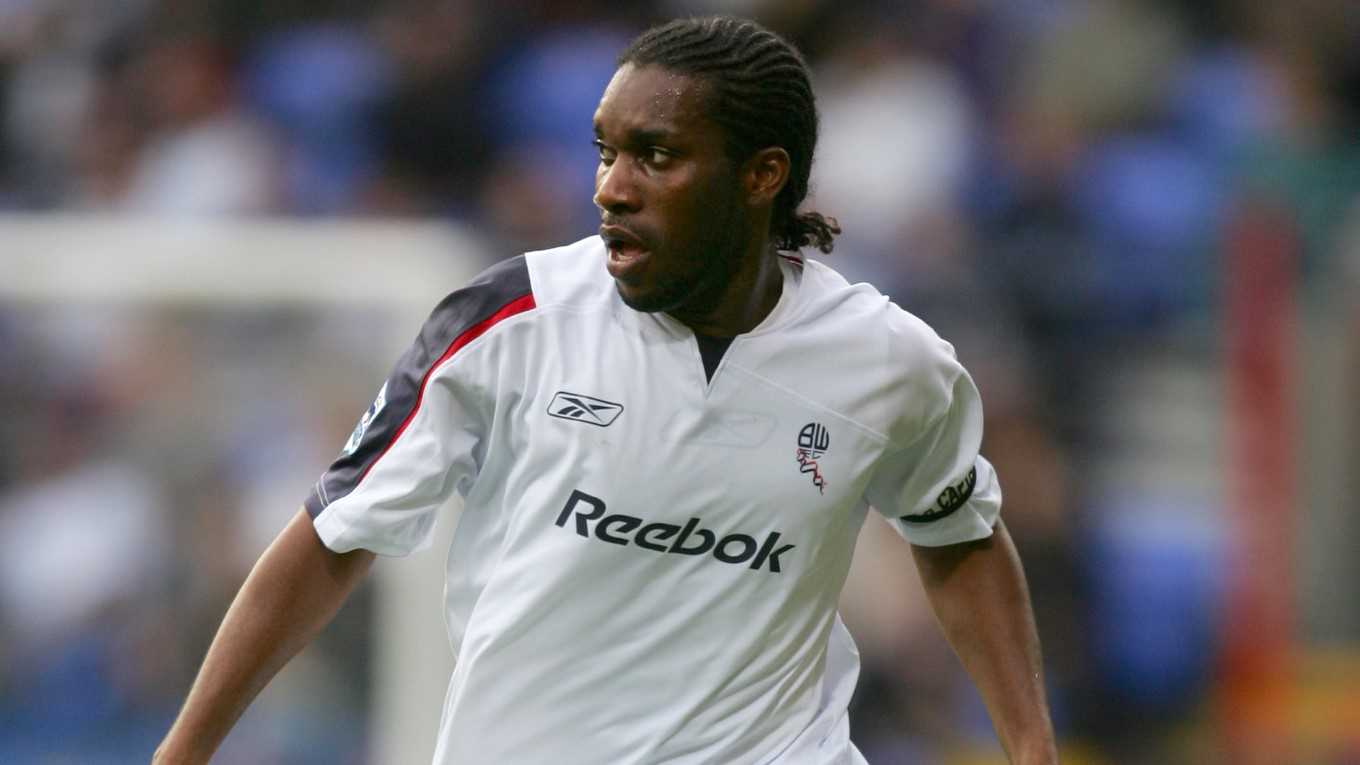 The goal was voted as Goal of the Season by many soccer magazines, and also voted as 1993 Goal of the Year by viewers of Sportschau, an ARD German TV sports programme. In 1995, Jay-Jay Okocha, Yeboah and Maurizio Gaudino were all involved in a feud with manager Jupp Eynckes, which led to their departure from the club. Yeboah and Gaudino later left for England, while Okocha stayed until the end of the season when Frankfurt were relegated to the Bundesliga, before signing for the Istanbul club Fenerbahce.

Jay-Jay Okocha joined Turkish club Fenerbahçe for a contract deal worth £1 million following Eintracht Frankfurt’s relegation to the Bundesliga. In his two seasons with the Fenerbahçe, Jay-Jay Okocha scored 30 goals in 62 appearances, with many of the goals coming from direct free kicks, which became something of a trademark for him at the club. While at Fenerbahçe, he also became a Turkish citizen as “Muhammet Yavuz”.

After his amazing performance at Fenerbahçe, in 1998, French side Paris Saint-German (PSG) spent over £14 million to sign Jay-Jay Okocha, making him the most expensive African player at that time. During his four-year stay with PSG, he played 84 matches and scored 12 goals. He has also served as a mentor, at the time, for young Brazilian footballer Ronaldinho during his time in Paris.

After his wonderful performances at Paris Saint-German (PSG), Jay-Jay Okocha joined Bolton Wanderers on a free transfer after leaving PSG in the summer of 2002 after the 2002 FIFA World Cup. His debut season, despite being frustrated by injuries, made him a favorite with the Bolton fans, with the team printing shirts with the inscription “Jay-Jay – so good they named him twice”.

Jay-Jay Okocha steered the team away from relegation with seven goals, including the team Goal of the Season in the vital league win against West Ham United. The next season saw Okocha receive more responsibility as he was given the captain of Bolton Wanderers following Guoni Bergsson’s retirement. As captain he led Bolton to their first cup final in nine years where they finished runners-up in the 2004 Football League Cup to Middlesbrough FC.

In 2006, Jay-Jay Okocha was removed as captain of Bolton Wanderers due to the fact that he refused a one year extension in the club and wanted to move over to Qatar. Following Bolton’s relegation from the Premier League in 2012, Okocha stated that his time at the club was now rendered a waste of time, because the club had not invested and improved on the foundations that were laid during his time there. Due to that fact, Okocha ended his contract with Bolton Wanderers and moved to Qatar. 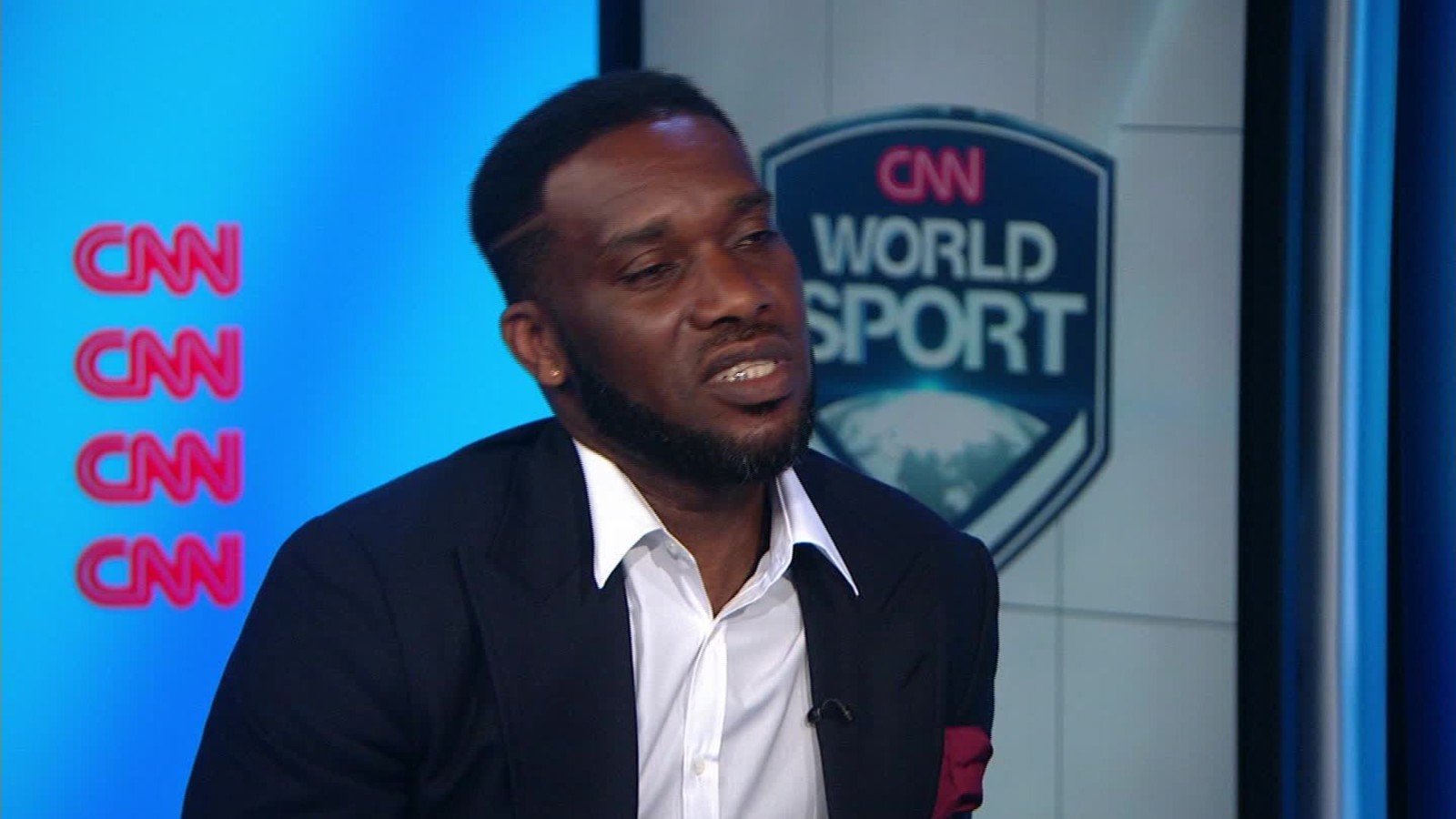 After just one season in Qatar, Football League Championship, Hull City signed Jay-Jay Okocha on a free transfer in 2007, after the player had been linked to Real Salt Lake and Sydney FC. Unfortunately, Jay-Jay Okocha was not able to contribute greatly to Hull City promotion campaign due to fitness and constant injury problems, as he played only 18 games and scored no goals.

Despites that, Hull City still manages to succeed in winning promotion to the Premier League for the first time in their 104 year history. At the end of the season, after changing his mind on a proposed retirement due to Hull City promotion, Okocha was released by the club, which ultimately sent him into retirement.

While playing in the Super Eagles of Nigeria, Jay-Jay Okocha contributed immensely to the success of the team. He made his official debut for Nigeria in their 2–1 victory against Ivory Coast in away match in the 1994 FIFA World Cup Qualifier which was held in May 1993. It was not until his second performance and home debut with Algeria that he became a favorite superstar with the Nigerian supporters, as Nigeria trashed Algeria 1-0 in the match. While playing in the match Okocha scored from a direct free kick to equalize, before helping the team to a 4–1 victory, eventually securing qualification to their first World Cup.

In 1994, Jay-Jay Okocha was a member of both the victorious 1994 African Cup of Nations squad and the World Cup squad who made it to the second round before they lost in a dramatic match against their runners-up Italy. In 1996, Jay-Jay Okocha became a key player in Nigeria after winning the Olympic gold medal. In the 1998 FIFA World Cup hosted by France, Jay-Jay Okocha played for a disappointing Super Eagles side who failed to live up to expectations again reaching the round of 16, with less impressive performances save for their 3–2 opening win against Spain. This did not destroy interest in Jay-Jay Okocha, who had entertained fans with his amazing skills and dribbling ability and went on to be named as best player of the tournament.

In 2000, Jay-Jay Okocha joined the Nigeria Super Eagles to play in the 2000 African Cup of Nations which was co-hosted with Ghana. During the game, Okocha scored three goals in the tournament, two in the opening game against Tunisia and was then given a standing ovation by over 60,000 attendances in the stadium when he left the field. In March 2004, Jay-Jay Okocha was named as one of the top 125 living footballers by Pele.

Unfortunately, Jay-Jay Okocha had never won the African Player of Year Award, becoming arguably the best player in the world never to win the award despite coming second twice in 1998. He did however win the inaugural BBC African Footballer of the Year Award and the successive one, becoming the only player to retain the award and also won it more than once. 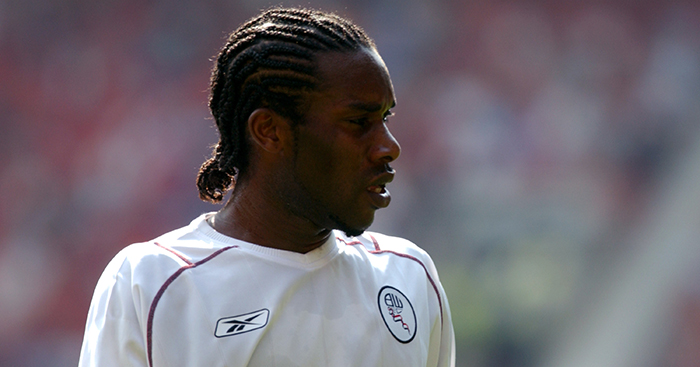 Jay-Jay Okocha is currently married with beautiful kids. His older brother Emmanuel was also a former international for the Nigerian team while his nephew Alex Iwobi is an international footballer who currently plays as forward striker for the Nigeria Super Eagles and forward striker for English Premier League Club “Arsenal”. Jay-Jay Okocha is originally from Anioma, a subgroup of Igbo ethnic derivative in Delta State of the south southern part of Nigeria.

Jay-Jay Okocha is currently one of the richest and most influential football player in Nigeria with an estimated net worth of $150 million.