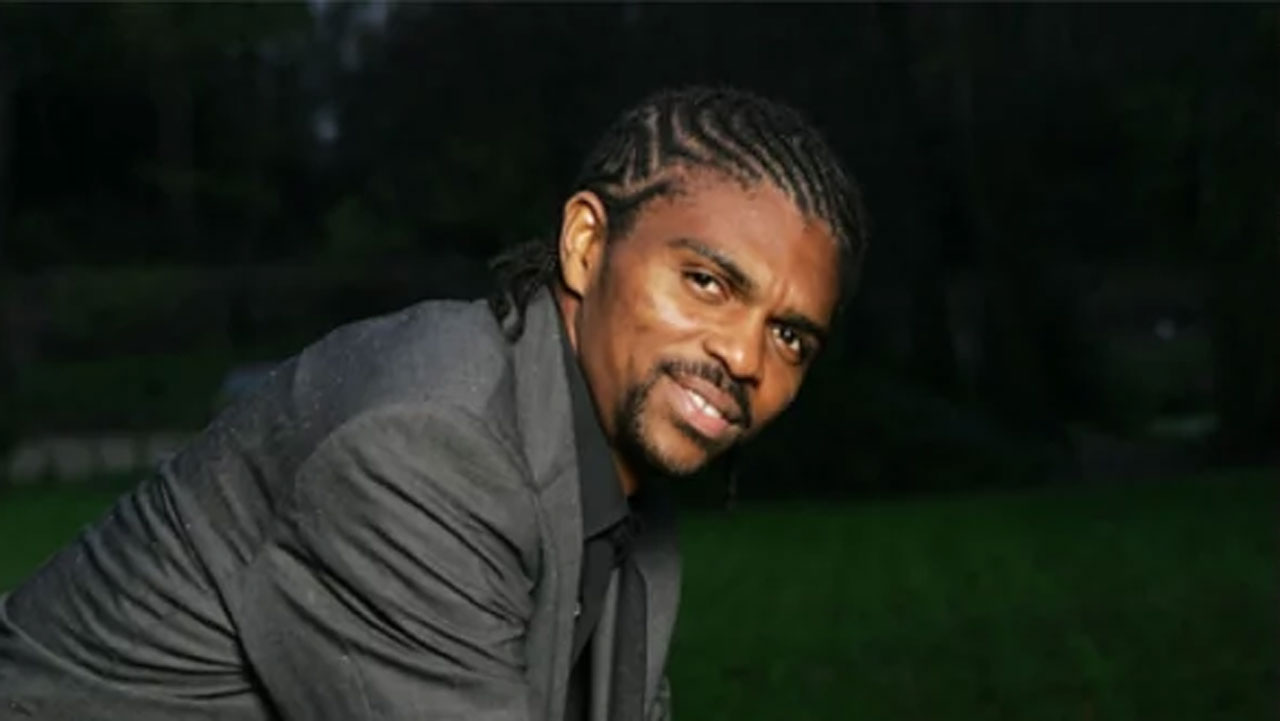 Kanu Nwankwo is a famous Nigerian football player, investor, entrepreneur and a philanthropist. He has been described as one of the greatest and most skillful football players of all time and also one of the most successful footballers in Africa. He was born on 1st August 1976 in Owerri, Imo State in the south eastern part of Nigeria. He is currently 41 years old.

Kanu Nwankwo is originally from Abia State in the south eastern part of Nigeria, but was born and bred in Owerri, Imo State in the south eastern part of Nigeria. He began his career at Nigerian league club known as Federation Works, before moving to Iwuanyanwu Nationale. After a notable performance at the FIFA U-17 World Championships, he was signed by Dutch Eredfivisie AFC Ajax in 1993 for a contract deal worth €207,047. He made his Ajax debut the following year and went on to score 25 goals in 54 appearances.

Kanu Nwankwo also came on as a substitute in Ajax’s 1995 Champions League final win over AC Milan. Kanu Nwankwo is currently a retired Nigerian footballer who played as a forward striker for the Super Eagles of Nigeria national team and the English Premier League Club Portsmouth. His name, Nwankwo simply means Child born on Nkwo market day in the Igbo language of the south eastern Nigerian.

Kanu Nwankwo has won the UEFA Champions League gold medal, a UEFA Cup medal, three FA Cup Winners medals and two African Player of the Year award amongst others. Aside from those achievements, Kanu Nwankwo is also one of few players to have won the English Premier League, FA Cup and an Olympic Gold Medal. He made the third-most substitute appearances in Premier League history, appearing from the bench 118 times. Kanu Nwankwo has been regarded as one of the best players in African football history. He is popularly known as “Papilo” by football fans all over the world. 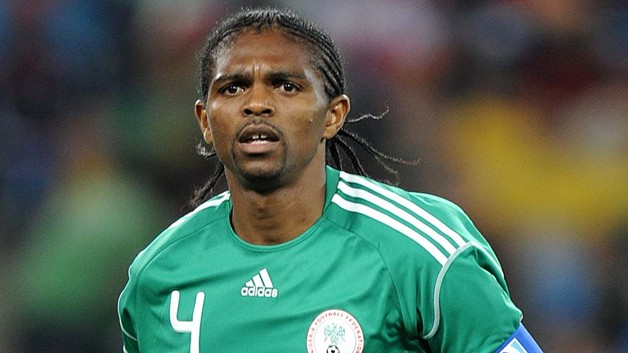 Kanu Nwankwo is also a UNICEF Goodwill Ambassador. In October 2015, Kanu Nwankwo became Africa’s brand ambassador for digital television operator Star Times. In 1996, Ajax sold Kanu Nwankwo to Inter Milan for a transfer worth $4.7 million. That summer, Kanu Nwankwo captained the Super Eagles of Nigeria national team that won gold at the Olympics and he also scored two late goals in the semi-final against powerhouses Brazil to bring the game to a 2–3 score line and finally into a 4–3 win in extra time. In that same year which was 1996, Kanu Nwankwo was also named as African Best Footballer of the Year.

After his returns from the Olympics, Kanu Nwankwo undergoes a medical examination at Inter Milan, which revealed that he had a serious heart disease. He underwent heart surgery in November 1996 to replace an aortic valve and did not return to his club until April 1997. During an interview, Kanu Nwankwo revealed that his faith as a Christian and prayers to God helped him to recover from the heart surgery and stay alive till today.

Kanu Nwankwo experience during his heart surgery inspired him to establish the Kanu Heart Foundation, an organization that helps predominantly young African children who suffer heart disease and heart related ailment. His foundation and charity work was expanded in 2008 to provide aid for homeless children.

He scored his first goal for the club in the next round of the FA Cup against Derby County. He scored the goal after he was substituted during the second half of the game. He quickly became known for his goal scoring prowess from the bench, scoring important and impressive goals against clubs like Sheffield United, Tottenham Hotspur and Aston Villa, amongst others as a substitute.

In 1999, Kanu Nwankwo was named African Footballer of the Year for the second time. In the 1999-2000 seasons, he scored 17 goals in 50 matches for the Arsenal, including a hat-trick goal in fifteen minutes against Chelsea to turn a 2–0 deficit into a 3–2 victory. In August 2001, Arsenal rejected a bid of £7 million on Kanu Nwankwo from Fulham. 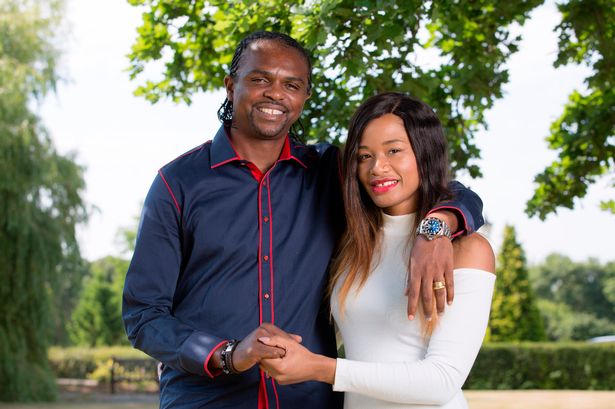 Unfortunately, Kanu Nwankwo’s appearances for Arsenal gradually became less frequent, particularly after the emergence of Thierry Henry as Arsenal’s first choice striker with Kanu Nwankwo being mainly used as a substitute. In 2003, Kanu Nwankwo won the 2003 FA Cup with Arsenal.

Kanu Nwankwo during his stay in Arsenal played 197 games and scored over 44 goals. In the summer of 2004, after his contract with Arsenal ended, Kanu Nwankwo moved to West Bromwich Albion on a free transfer. In 2008, Kanu Nwankwo was voted in as number 13th in the “Gunners’ lists of 50 Greatest Players” poll.

In the summer of 2006, Kanu Nwankwo played as a guest for Arsenal in Dennis Bergkamp’s testimonial game, the first match to be played in Arsenal’s new stadium called “Emirate Stadium”. The game however ended in 1–1 draw when Kanu Nwankwo scored the winning goal, making him the third person to score in the stadium.

While in West Bromwich Albion, Kanu Nwankwo started out as a regular player for the club, making his debut in a 1–1 draw away against Blackburn Rovers on 14th August 2004. He scored his first goal for West Bromwich Albion on 18th September 2004 and also an 88th-minute equalizer in a 1–1 home draw against Fulham. On 14th November 2004, in a match against Middlesbrough, Kanu Nwankwo was guilty of an incredible miss in few minutes to the end of the game. During the game, Kanu Nwankwo sent a low cross over the bar from a yard away from the goal line. 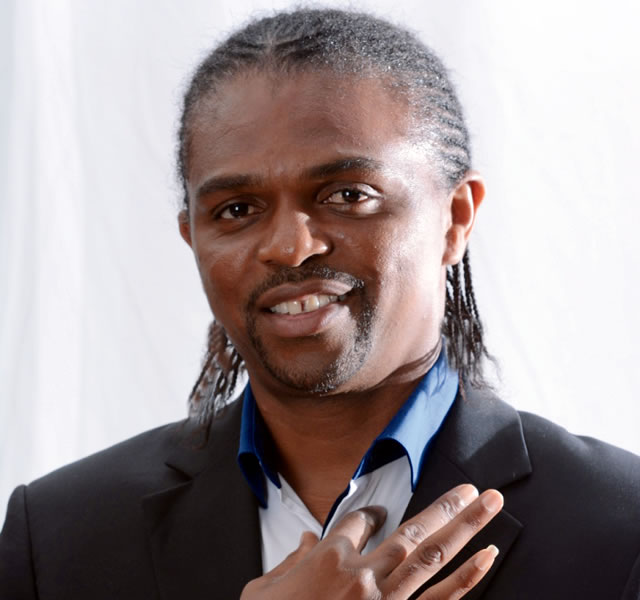 In the beginning of the 2006-2007 seasons, Kanu Nwankwo was signed to Portsmouth on a one-year contract deal shortly before the start of the 2006-2007 seasons. Kanu Nwankwo made his debut for Portsmouth as a substitute against Blackburn Rovers on 19th August 2006. In the game, he scored twice and missed a penalty. Kanu Nwankwo later went further to finish the season as the top goal scorer for Portsmouth, with 12 goals altogether. His contract with the club expired that year and he renewed his contract with the club again.

On 13th July 2012, Kanu Nwankwo announced that he was going to sue Portsmouth to court, claiming that his unpaid wages since 2006 is up to £3 million. On 30th July 2012, Kanu agreed to leave Portsmouth, but he reiterated that he was still in a dispute over the unpaid wages that the club owed him. In April 2013, Kanu Nwankwo confirmed that he had dropped the case with the club and had let the club off the £3 million they owed him. 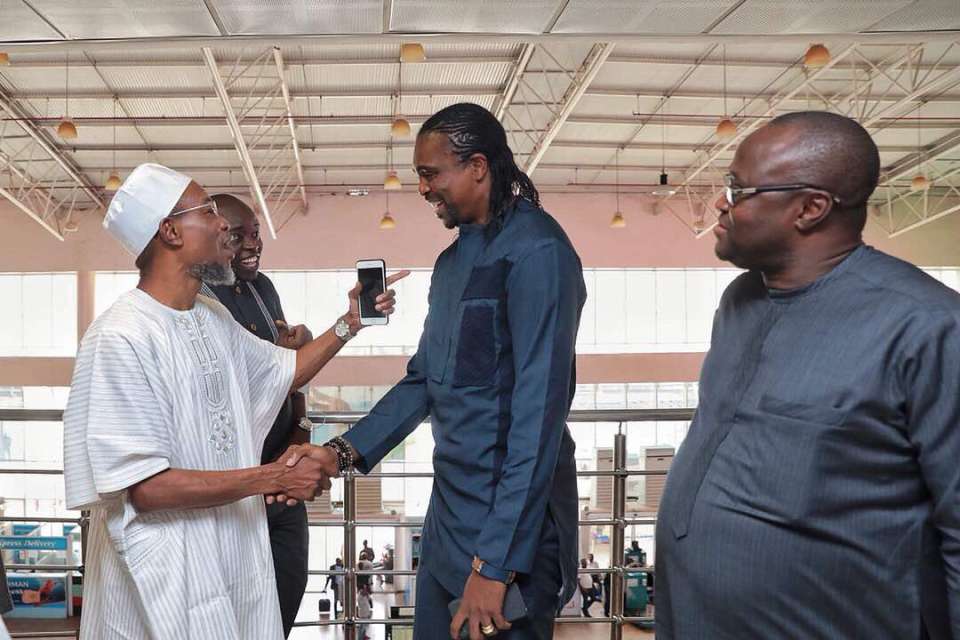 In 1994, Kanu Nwankwo joined the Nigeria Super Eagles national team making his debut in a friendly match against Sweden. Kanu Nwankwo made an impressive performance during the 1993 FIFA U-17 Tournament in Japan and contributed to their 2–1 victory over Ghana in the final round of the match. With five goals in the game, Kanu Nwankwo became the second joint-scorer in the tournament alongside with Peter Anosike and Manuel Neira.

In 1996, Kanu Nwankwo won the Olympic Gold Medal at the 1996 Olympics in Atlanta, United States of America, where he scored the winning goal in the 4-3 semi-final victory against Brazil. In 1998 and 2002, Kanu Nwankwo participated in FIFA World Cup.

On 24th June 2010, Kanu Nwankwo ended his international career as a footballer following Nigeria’s exit from the 2010 FIFA World Cup in South Africa, whereby Nigeria lost their group matches against Argentina and Greece, before a 2–2 draw against South Korea ended their stay in the tournament. That same year in 2010, Kanu Nwankwo resigned from Portsmouth and quit his career as an international footballer both in clubs and country.

Kanu Nwankwo is currently one of the richest and most influential football player in Nigeria with an estimated net worth of $100 million.