Kanye Omari West popularly known by his stage name as Kanye West is a famous American hip hop rapper, singer, songwriter, record producer, Hollywood actor, businessman, entrepreneur, investor and a fashion designer. He was born on 8th June 1977 in Atlanta, Georgia in the United States of America. He is currently 41 years old. He is currently one of the richest and most successful hip hop rapper in the United States of America.

He is among the most critically acclaimed musicians of the 21st century and one of the best-selling music artists of all time. Kanye West was born in Atlanta, Georgia in the United States of America. At the age of 3 years old, his parents got divorced. After the divorce of his parents, Kanye West moved with his mother to Chicago, Illinois in the United States of America.

His father, Ray West was a former Black Panther and was also one of the first black photojournalists at The Atlanta Journal-Constitution. His father Ray West later became a Christian counselor and in 2006 he opened the Good Water Store and Café in Lexington Park, Maryland in the United States of America.

Kanye West mother, Dr. Donda C. Williams West was a professor of English at Clark Atlanta University and was the Head of the English Department at Chicago State University before retiring from the university to serve as Kanye West manager. Kanye West was raised in a middle-class background family. He attended Polaris High School in Oak Lawn, Chicago, Illinois in the United States of America.

At the age of 10 years old, Kanye West moved with his mother to Nanjing in China, where his mother, Dr. Donda C. Williams West got a job as a senior lecturer at Nanjing University in China as part of an exchange program. According to his mother, Kanye West was the only foreigner in his class in China, but due to his intelligent, he was able to quickly learn the Chinese language, although he has since forgotten most of it.

At an early age, Kanye West demonstrated an affinity for the arts. He began writing poetry when he was just 5 years old. His mother during an interview stated that she first took notice of Kanye West’s passion for drawing and music when he was in the third grade in high school. Kanye West started rapping in the third grade of his high school and began making musical compositions in the seventh grade of high school, eventually selling them to other artists. 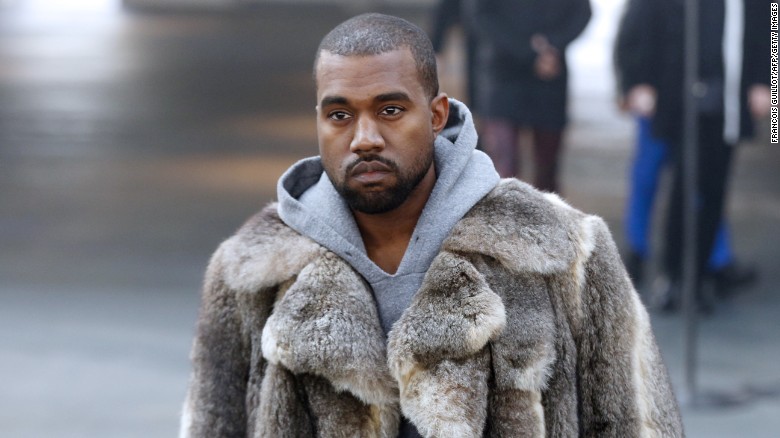 At the age of 13 years old, Kanye West wrote a rap song called “Green Eggs and Ham” and began to persuade his mother to pay $25 an hour for time in a recording studio. The studio in which he wanted to record the song was a small, crude basement studio where a microphone hung from the ceiling by a wire clothes hanger. Although this was not what his mother wanted, but she had no choice but to support him.

Kanye West crossed paths with producer/DJ No I.D, with whom he quickly formed a close friendship with. Few days later No I.D became Kanye West mentor and it was from him that Kanye West learned how to sample and program beats after he received his first sampler at the age of 15 years old.

After graduating from high school, Kanye West received a scholarship to study at Chicago American Academy of Art in 1997 and started taking painting classes. Few weeks after his scholarship to study Painting at Chicago American Academy of Art, Kanye West was later transferred to Chicago State University to study English. He soon realized that his busy class schedule was detrimental to his musical work and career and at the age of 20 years old, Kanye West dropped out of Chicago State University to pursue his music career.

This action greatly displeased his mother, who was a professor at Chicago State University. Later on she began supporting him and finally realized why his son Kanye West had to drop out from college. She later commented that for Kanye West to make an album called “College Dropout” was more about having the guts to embrace who you really are, rather than following the path society has carved out for you. In 2015, Kanye West was awarded an honorary doctorate degree from the School of the Art Institute in Chicago, Illinois in the United States of America. 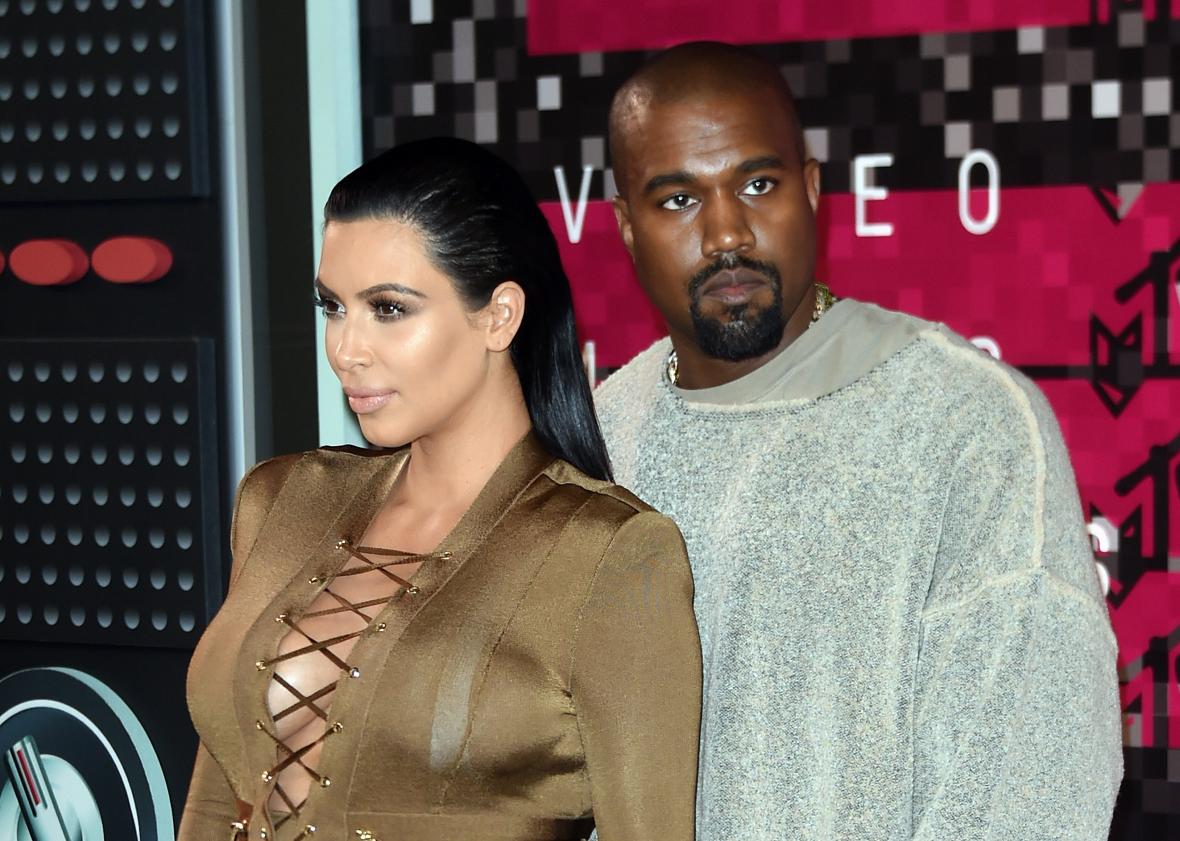 Kanye West began his early production career in the mid-1990s, creating beats primarily for burgeoning local artists, eventually developing a style that involved speeding up vocal samples from classic soul records. His first official production credits came at the age of 19 years old when he produced eight tracks on “Down to Earth” which was the 1996 debut album of a Chicago rapper named Grav.

Kanye West is among the most critically acclaimed musicians of the 21st century and one of the best-selling music artists of all time. He has won a total of 21 Grammy Awards, making him one of the most highly awarded artists of all time and the most Grammy-awarded artist of his generation. In 2012, three of his albums were included on Rolling Stone 2012 update and ranked among the “500 Greatest Albums of All Time”.

In 2005 and 2015 respectively, Time Magazine named him as one of the 100 Most Influential People in the World. Kanye West was born in Atlanta and raised in Chicago both in the United States of America. In the early 2000s, Kanye West became the first known producer for Roc-A-Fella Records, contributing to hit singles for American top artists like Jay-Z, Ludacris and Alicia Keys.

In his determination on pursuing a solo career as a rapper rather than furthering his studies, Kanye West released his debut studio album “The College Dropout” which received widespread critical acclaim and commercial success. He later founded the record label “GOOD Music”. 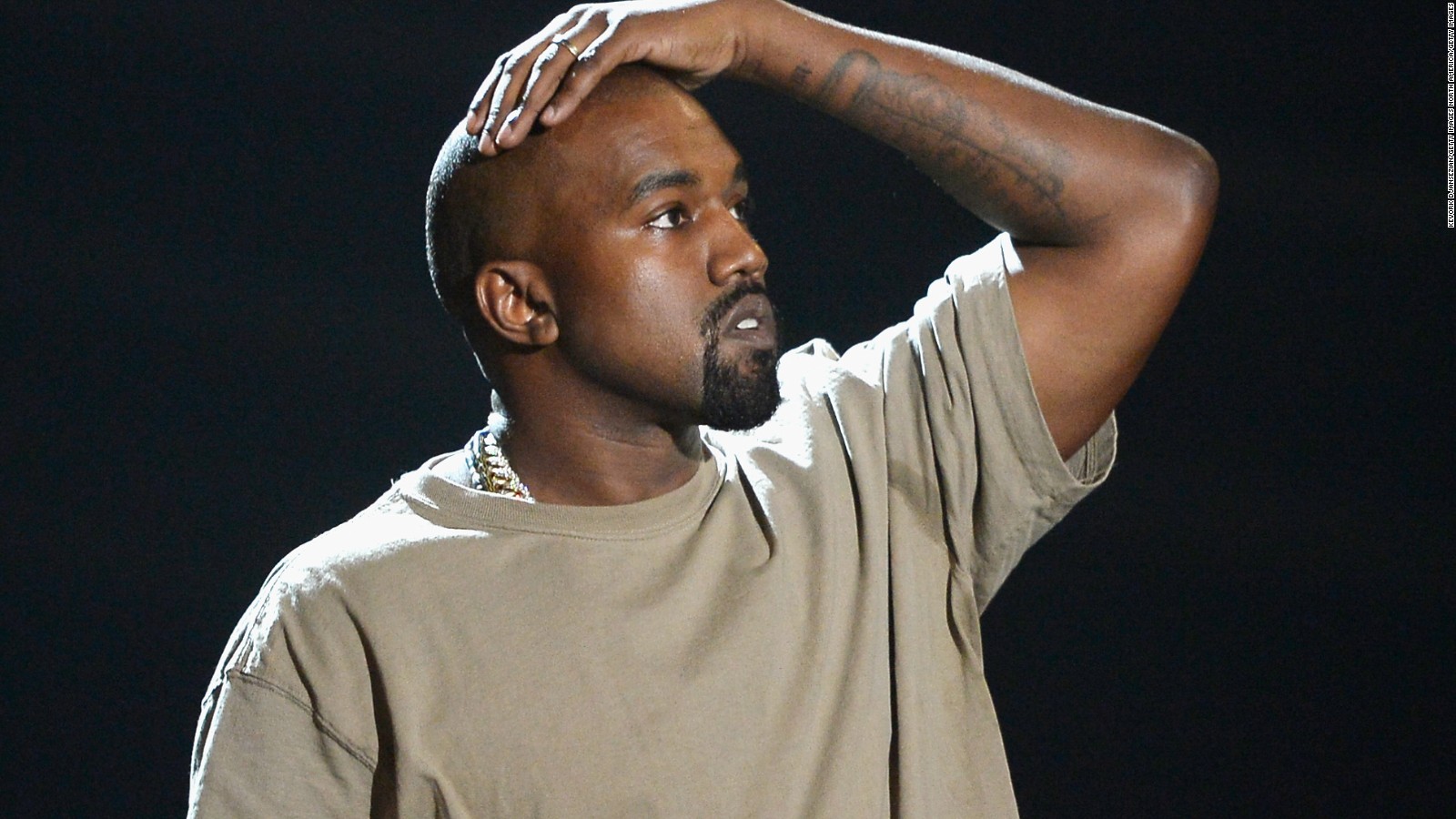 In 2010, Kanye West released the critically acclaimed album “My Beautiful Dark Twisted Fantasy” and later followed with projects such as his abrasive Yeezus in 2013, and the collaborative albums “Watch the Throne” in 2011 with Jay-Z and “Kids See Ghosts” in 2018 with Kid Cudi.

Kanye West has received a lot controversy for his conduct at award shows, on social media and in other public settings, as well as his comments on the music and fashion industries, United States politics and racism. As a fashion designer, Kanye West has collaborated with Nike, Louis Vuitton, Adidas and A.P.C on both clothing and footwear. He is the founder and head of the creative content company DONDA. 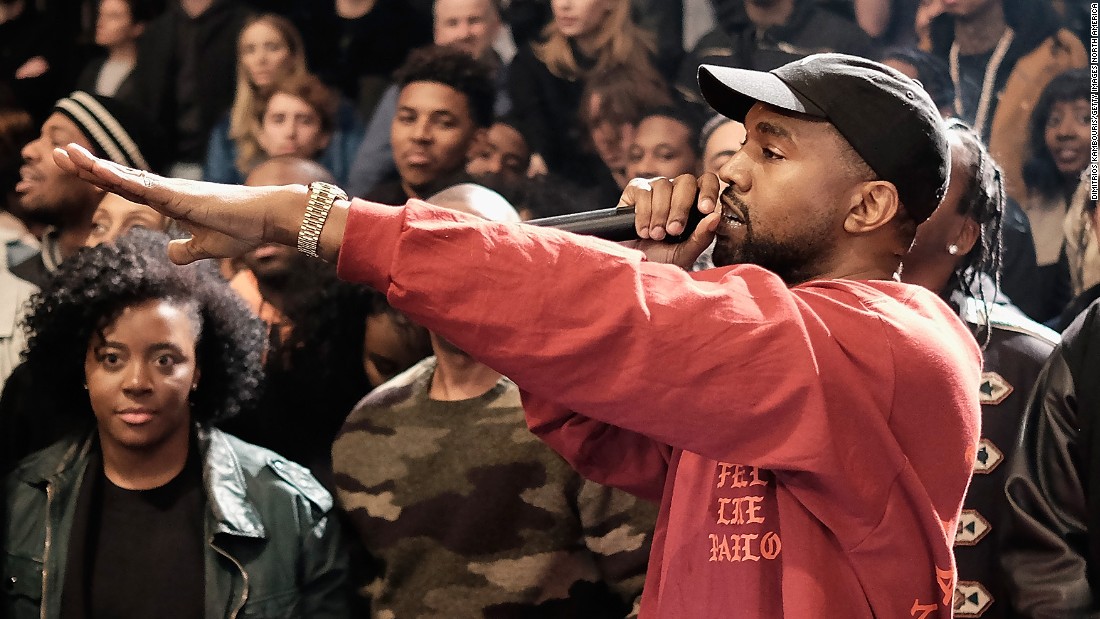 In April 2015, Kanye West and his wife Kim Kardashian traveled to Jerusalem to have their first daughter North Nori West baptized in the Armenian Apostolic Church at the Cathedral of St. James. The couple’s high-profile status and respective careers have resulted in their relationship becoming subject to heavy media coverage and global attention. The New York Times referred to their marriage as a historic blizzard of celebrity.