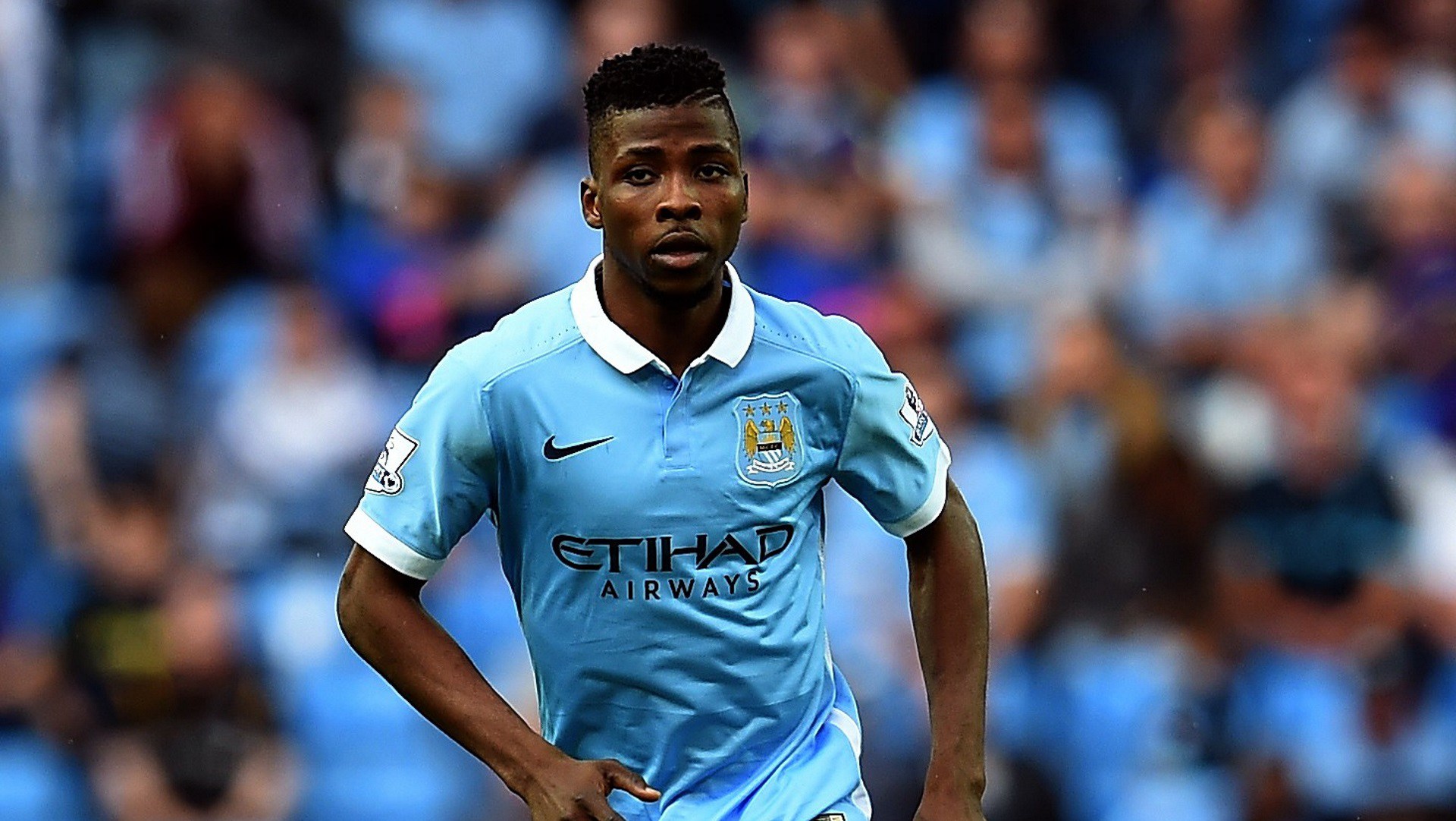 Kelechi Promise Iheanacho popularly known as Kelechi Iheanacho is a famous Nigerian professional football player, entrepreneur and a philanthropist, who currently plays as a forward striker for English Premier League club Leicester City and the Nigeria national team Super Eagles. He is currently one of the best and most creative players in Nigeria and also one of the most successful footballers in Africa. He was born on 3rd October 1996 in Imo State in the south eastern part of Nigeria. He is currently 21 years old. His current jersey number is 8.

In December 2012, Kelechi Iheanacho travelled to England to discuss a move to Manchester City. In October 2014, he signed a pre-contract agreement deal with Manchester City, stating his intent to formally sign for the club on his 18th birthday which happens to be on 3rd October 2014. In 2013, the Confederation of African Football (CAF) named Kelechi Iheanacho as the Most Promising Talent of the Year at the 2013 CAF Awards.

Kelechi Iheanacho made his debut as a footballer at the under-19 level in a UEFA Youth League match against Schalke 04, but unfortunately, he sustained an injury after only 11 minutes to the game. After his recovery from injury, he began to represent Manchester City at both youth and under-21 level in the latter part of the season.

Kelechi Iheanacho played in the FA Youth Cup final, where he scored a goal, but unfortunately ended on the losing side after Chelsea won the game with a 5–2 aggregate victory. The next week, Kelechi Iheanacho scored the only goal as Manchester City defeated Porto in the final of the 2014 Premier League International Cup. 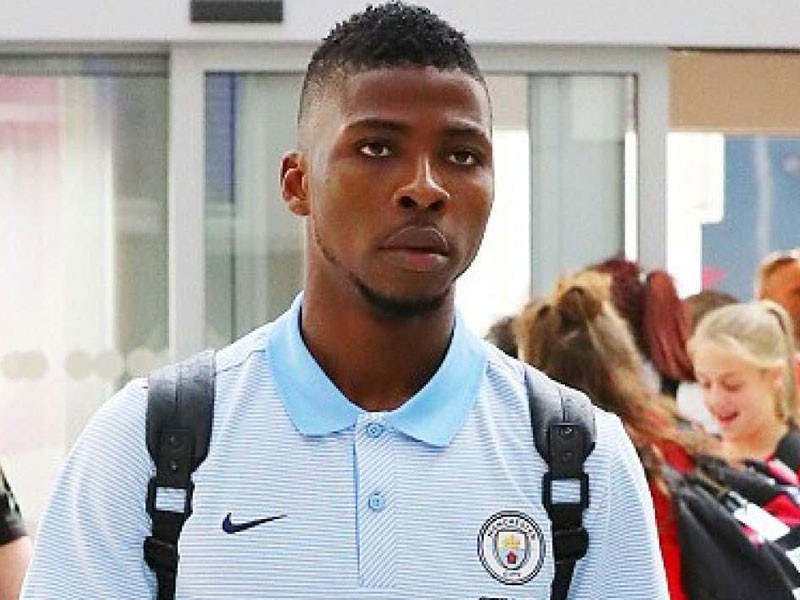 On 10th August 2015, Kelechi Iheanacho was included in a first-team squad for the first time in a competitive fixture against West Bromwich Albion in their first game of the Premier League season, where he remained as an unused substitute in their 3–0 win against West Bromwich Albion. Few days later, Kelechi Iheanacho made his debut, replacing Raheem Sterling for the final minute of a 2–0 victory against Watford at the Manchester City Stadium.

By the end of the 2015–2016 seasons, Kelechi Iheanacho has eight Premier League goals and had the best goals-per-minute ratio of any player averaging a goal every 93.9 minutes. In summary of the competitions, Kelechi Iheanacho had finished with a record of 14 goals and 5 assist from 35 appearances, although he only started 11 of these games. However, the number of his goals further revealed that he ended the season as Manchester City third-highest goal scorer. 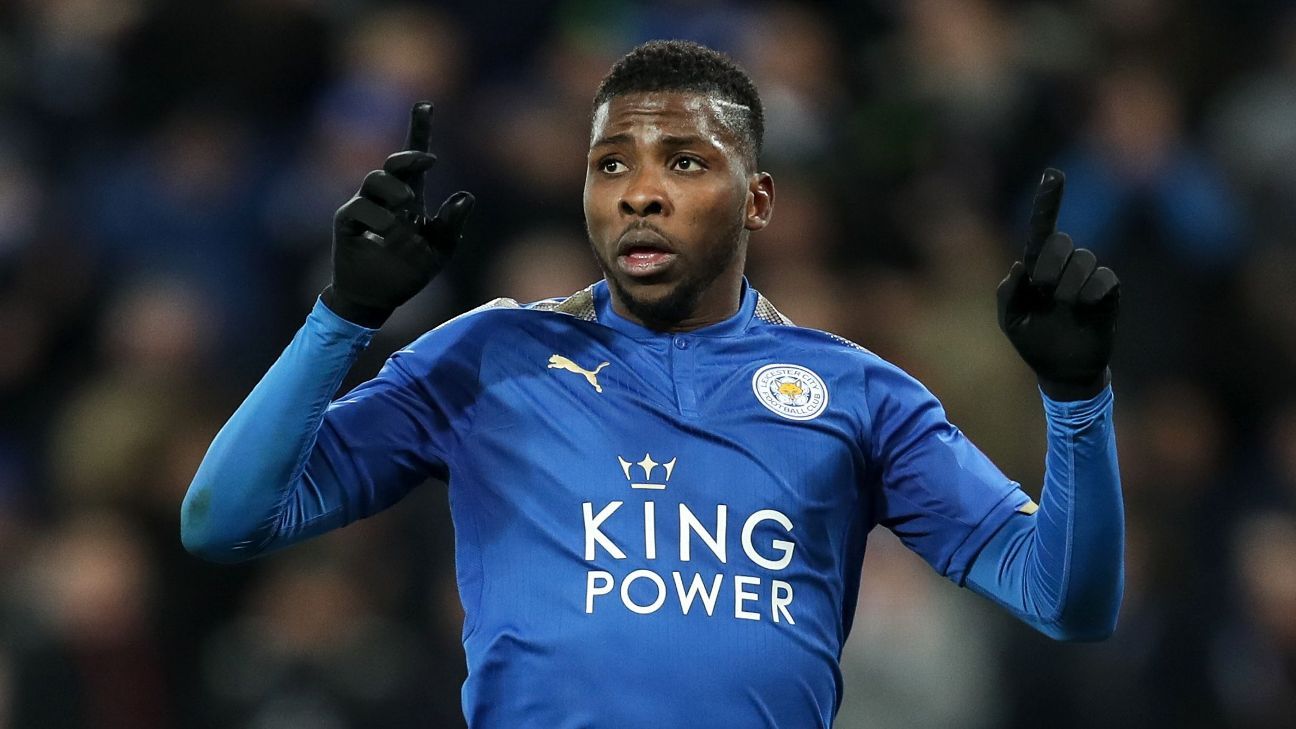 On 10th September 2016, kelechi Iheanacho started in the Manchester City game against Derby. During the game, he recorded an assist and his first goal of the season in a 2–1 win for Manchester City. Few days later, Kelechi Iheanacho came off the bench to score the final goal that resulted in a 4–0 home win in the Champions League against Borussia Monchengladbach.

In October 2016, Kelechi Iheanacho was nominated for the FIFA Golden Boy award, which was eventually won by Bayern Muniche’s midfielder Renato Sanches. However, the award has been previously won by Raheem Sterling, Sergio Aguero and Lionel Messi. On 6th December 2016, Kelechi Iheanacho scored a goal against Celtic which resulted in a 1-1 home draw in the Champions League.

On 16th January 2018, Kelechi Iheanacho became the first player in English football club to be awarded a goal due to VAR, as the referee deemed that the player had been incorrectly ruled offside for his second goal. The goal was Kelechi Iheanacho’s second in a 2–0 win against Fleetwood Town in the FA Cup Third Round replay.

In 2017, Kelechi Iheanacho represented Nigeria at the youth levels from under-13 upwards. His first experience of a major international tournament was the 2013 African U-17 Championship in Morocco. While playing against Botswana, Kelechi Iheanacho scored a hat-trick goal which resulted in a win against Botswana. He dedicated his goals to his mother, who died two months before the tournament.

Kekechi Iheanacho played a significant and important role in the 2013 FIFA U-17 World Cup, where he won the Golden Ball award. During the 2014 African Nations Championship, Kelechi Iheanacho trained with the Nigeria senior team squad (Super Eagles) but was released from the squad in order to travel to England to sign with Manchester City. He later became part of the Nigeria squad for the 2015 FIFA U-20 World Cup in New Zealand.

Kelechi Iheanacho later made his senior debut as a substitute in a 2014 FIFA World Cup qualifying match against Swaziland, a match in which Nigeria drew 0–0. On 25th March 2016, Kelechi Iheanacho started his first match with Nigeria senior team and played against Egypt, a match that later ended up in a 1–1 draw against Egypt in the 2017 Africa Cup of Nations qualifying match. 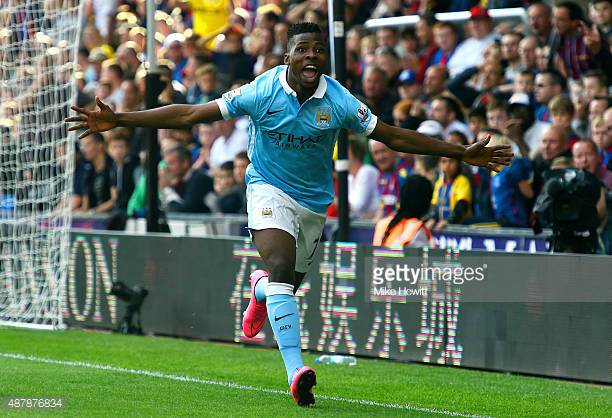 Kelechi Iheanacho was later selected to play in the Nigeria friendly match against Mali and Luxembourg in May 2016. He went further to score in the two games providing an assist which resulted in a goal against Luxembourg. His impressive performance in the friendly matches inspired the Nigeria Football Federation (NFF) and he was invited again to make his competitive debut against Egypt in an African cup of nations qualifying series where he provided an assist for Oghenekaro Etebo in the home game.

Throughout his career as a footballer, Kelechi Iheanacho has distinguished himself as one of the most important and most outstanding players in Nigeria. He has been regarded as a football legend when he scored two super goals in the two matches against Tanzania in Uyo and Zambia in Ndola.

Kelechi Iheanacho is currently one of the richest and most influential football player in Nigeria with an estimated net worth of $12 million.