Orpah Gail Winfrey popularly known as Oprah Winfrey is a famous American businesswoman, investor, entrepreneur, media proprietor, talk show host, actress, producer and a philanthropist. She is best known for her talk show at The Oprah Winfrey Show, which was the highest-rated television program of its kind in history and was nationally syndicated from 1986 to 2011 in Chicago, Illinois in the United States of America. She is currently the chairwoman and chief executive officer CEO of Harpo Productions and Oprah Winfrey Network.

She was born on 29th January 1954 in Kosciusko, Mississippi in the United States of America. She is currently 64 years old. She has been dubbed as the Queen of All Media. She is currently the richest African American woman of the 20th century and North America’s first multi-billionaire black person. She has been ranked as the greatest black philanthropist in American history. She has also been ranked by several media organization as the most influential woman in the world.

Oprah Winfrey was born into a poor family in rural Mississippi to a teenage single mother and later raised in an inner-city of Milwaukee neighborhood. However, during an interview she stated that she was molested during her childhood and early teens and became pregnant at the age of 14 years old. She gave birth in 1968 and unfortunately, her son named Canaan died in infancy in 1968. After the death of her child, she was sent to live with the man she calls her father, by the name Vernon Winfrey, who happens to be a barber in Tennessee in the United States of America.

While still in high school, Oprah Winfrey landed a job in radio and began co-anchoring the local evening news at the age of 19 years old. Her emotional ad-lib delivery eventually got her transferred to the daytime talk show arena, and after boosting a third-rated local Chicago talk show to first place, she launched her own media production company and became internationally syndicated.

By the mid 1990s, Oprah Winfrey had already reinvented her show with a focus on literature, self-improvement and spirituality. Unfortunately, she was heavily criticized for unleashing a confession culture, promoting controversial self help ideas and having an overly emotion-centered approach. Aside from been criticized, she was also praised for overcoming adversity to become a benefactor to others.

In 1993, Oprah Winfrey hosted a celebrity interview with pop legend late Michael Jackson, which became the fourth most-watched event in American television history as well as the most watched interview ever, with an audience of 36.5 million. On 1st December 2005, Oprah Winfrey appeared on the Late Show with David Letterman to promote the new Broadway musical “The Color Purple” a show of which she was also a producer and which was hosted for the first time in 16 years.

The episode was hailed by some as the “television event of the decade” and helped Letterman attract an estimated number 13.45 million viewers, which happens to be his largest audience in more than 11 years. On 10th September 2007, Letterman made his first appearance on The Oprah Winfrey Show, as its season premiere was filmed in New York City in the United States of America.

Oprah Winfrey has been described arguably as the world’s most powerful woman by CNN and Time Magazine. She has also been described arguably as the most influential woman in the world by The American Spectator. She has also been described as one of the 100 people who have influenced the 20th century and also one of the most influential people from 2004 to 2011 by Time Magazine. Oprah Winfrey is the only person in the world to have appeared in the latter list on ten occasions. 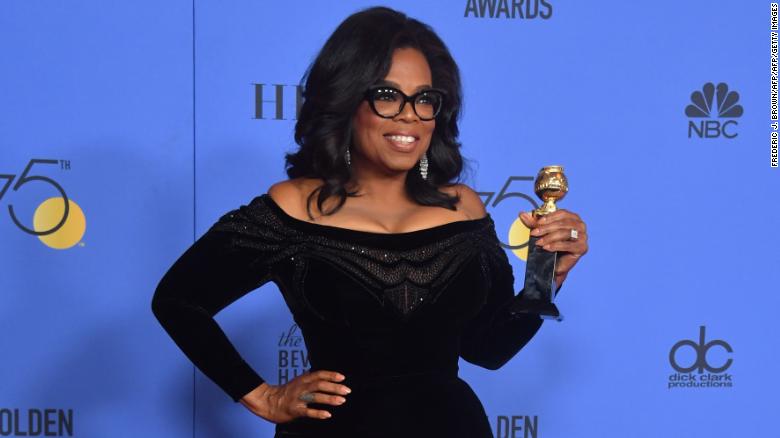 In 2010, Life magazine named Oprah Winfrey as one of the 100 people who changed the world, alongside with Elvis Presley and Lady Mary Wortley Montagu. Unfortunately, Oprah Winfrey was the only living woman to make that prestigious list.

In 2005, Oprah Winfrey was named as the greatest woman in American history and was also ranked No. 9 overall on the list of greatest Americans. However, polls estimating Oprah Winfrey’s personal popularity have been inconsistent. A November 2003 Gallup poll estimated that 73% of American adults had a favorable view of Oprah Winfrey. Another Gallup poll in January 2007 estimated the figure at 74%, although it dropped to 66% when Gallup conducted the same poll in October 2007.

A December 2007 Fox News poll put the figure at 55%. According to Gallup’s annual most admired poll, Americans consistently rank Oprah Winfrey as one of the most admired women in the world. Her highest rating came in 2007 when she was statistically tied with Hilary Clinton for first place. In a list compiled by the British magazine in September 2010, she was voted 38th in the list of The World’s 50 Most Influential Figures of 2010″. In 1989, she was accepted into the NAACP Image Award Hall of Fame. In 2004, Oprah Winfrey became the first black person to rank among the 50 most generous Americans and she remained among the top 50 until 2010. By 2012, she had given away about $400 million to educational causes.

As of 2012, Oprah Winfrey had also given over 400 scholarships to Morehouse College in Atlanta, Georgia in the United States of America. In 2002, Oprah Winfrey was the recipient of the first Bob Hope Humanitarian Award at the 2002 Emmy Awards for services to television and film. To celebrate two decades on national television and to thank her employees for their hard work, Oprah Winfrey took her staff and their families of over 1,065 people in total on a vacation to Hawaii in the summer of 2006.

In 2013, Oprah Winfrey donated over $12 million to the Smithsonian’s National Museum of African American History and Culture. Aside from being a television personality and an active philanthropist, Oprah Winfrey is also an actress and has acted in several movies which include The Color Purple, Native Son, There are No Children Here, The Princess and the Frog, amongst others.

Oprah Winfrey is currently one of the richest and most influential personality in the United States of America and one of the 100th richest people in the world with an estimated net worth of $3 billion.