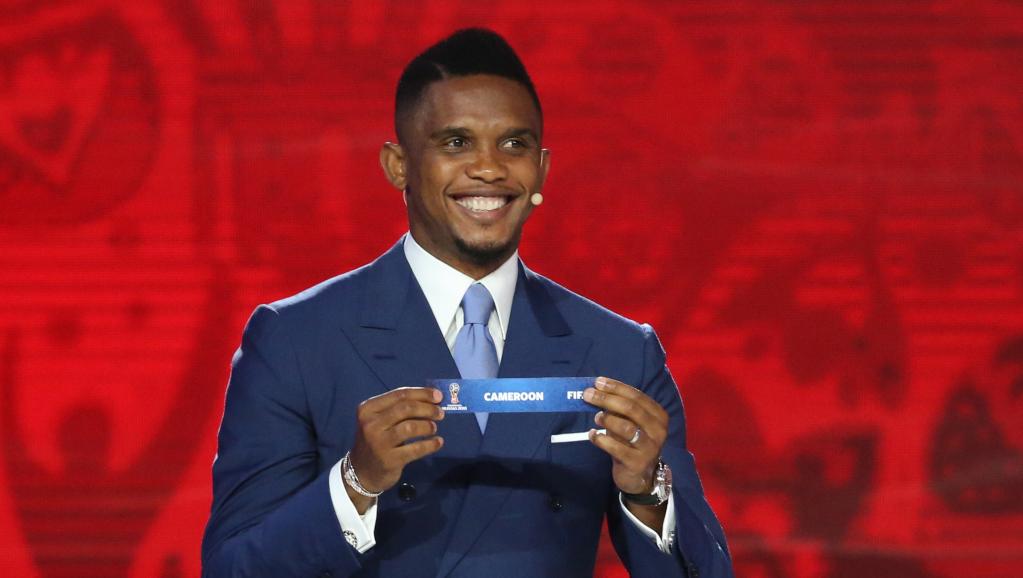 He has been described as a legend in the game of football and the greatest and most skillful football player of all time and also one of the most successful footballers in Africa. He was born on 10th March 1981 in Douala, Cameroon. He is currently 37 years old. He is currently Cameroon’s all-time leading goal scorer and the third most capped player in Africa with over 56 goals from 118 appearances. 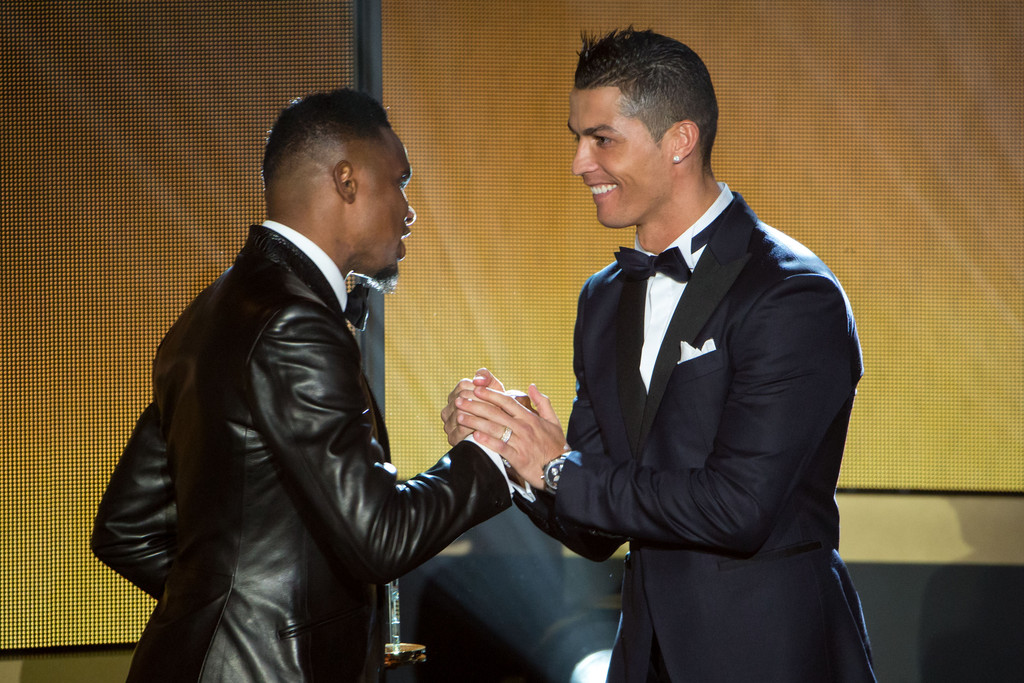 Samuel Eto’o is the second player in history to score in two UEFA Champions League finals and the fourth player after Marcel Desailly, Paulo Sousa and Gerard Pique to have won the trophy two years in a row with different teams.

Samuel Eto’o been a member of the Cameroon national team, was part of the squad that won the 2000 Olympic Tournament. Samuel Eto’o has also participated in four World Cups and six Africa’s Cup of Nations and is currently the all-time leading goal scorer in the history of the Africa Cup of Nations, with over 18 goals. Aside from that, he is also Cameroon’s all-time leading goal scorer and the third most capped player in the world, with over 56 goals from 118 appearances. 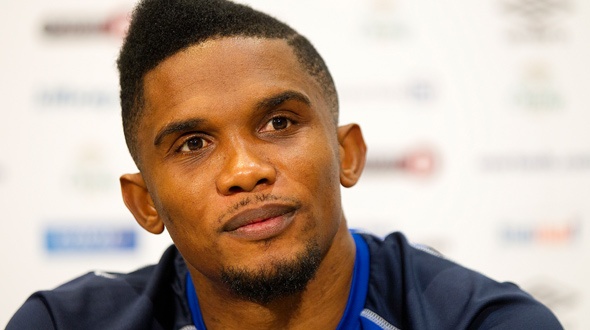 On 27th August 2014, Samuel Eto’o announced his retirement from international football. In 2015, Samuel Eto’o received the the Golden Foot Awards for best goal scorer in the history of football.

Having trained at the Kadji Sports Academy and having display impressive performance at the Youth Championship, Samuel Eto’o joined Real Madrid Youth Academy in 1997. After playing for sometime in Real Madrid, Samuel Eto’o was loaned to second division Leganes for the 1997–1998 seasons.

In the summer of 2004, Samuel Eto’o was signed to Barcelona for a transfer fee of €24 million, after a thorough negotiation with Mallorca and Real Madrid. Samuel Eto’o made his Barcelona debut in the season opener at Racing de Santander on 29th August 2004. He was among the Barcelona squad that won the 2004-2005 La Liga title. In June 2005, he signed an improved contract with Barcelona.

Samuel Eto’o has won an historic third consecutive African Player of the Year award and finished third in the running for the FIFA World Best Player of the Year, making him the only second African footballer ever to be voted into the top three best players in the world, after the Liberian football star George Weah in 2005. 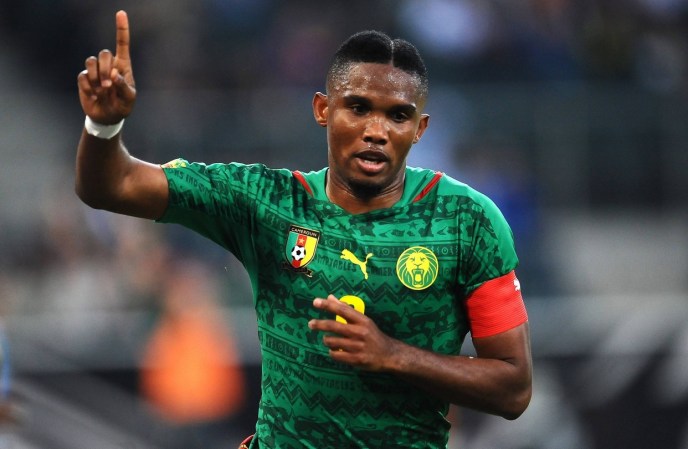 On 27th July 2009, Samuel Eto’o signed for a five years contract with Inter Milan. On his first press-conference with Inter Milan, he declared that he was where he wanted to be and refused to compare himself to Ibrahimović.

According to his words; “I am Samuel Eto’o and I don’t want to compare myself to anyone. I believe the victories I have earned up to now can contribute to giving the right value to my name” he said. On 8th August 2009, Samuel Eto’o scored on his competitive debut in the 2009 Supercoppa Italiana as Inter Milan lost 1–2 to Lazio.

On 29 August 2013, Samuel Eto’o signed a one-year contract deal with English premier league club Chelsea for an undisclosed fee. On 19th October 2013, he scored his first goal for Chelsea against Cardiff City, in which he gave Chelsea the lead. On 6th November 2013, Samuel Eto’o scored twice in a 3–0 victory against Schalke 04 in Chelsea’s home.

On 20th January 2014, during Samuel Eto’o first league start, he scored his first Premier League hat-trick goal for Chelsea, earning the Blues a 3–1 win against Manchester United at Stamford Bridge. On 8th March 2014, Samuel Eto’o opened scoring in Chelsea’s 4–0 victory against Tottenham Hotspur when defender Jan Vertonghen sent a back pass straight into his path. It was the 300th goal in his club career. 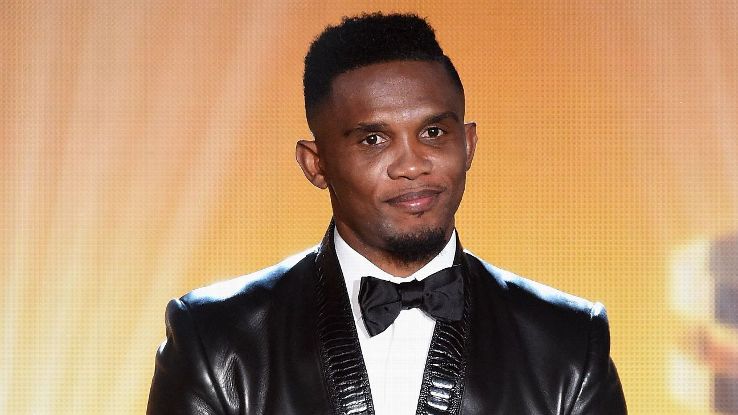 At the end of the 2013-2014 seasons, Samuel Eto’o contract with Chelsea expired and on 26th August 2014, he joined fellow English Premier League club Everton and signed a two-year contract with the club. He made his debut four days later in Everton, scoring one goal with a header in a 3–6 home defeat against Chelsea. On 26th October 2014, Samuel Eto’o bagged a brace for Everton, heading in the opening goal and curling in a strike from outside the area, as his club Everton defeated Burnley in a 3-1 win.

On 9th March 1997, Samuel Eto’o joined Cameroon national team. He joined the Cameroon squad a day before his 16th birthday and participated in a friendly match against Costa Rica, which later ended in a 5-0 win in favor of Cameroon.

Samuel Eto’o has experienced racial abuse in some away matches. He is one of several high-profile contemporary players to have reacted to the abuse by threatening to leave the pitch and being outspoken in criticism of their experiences. 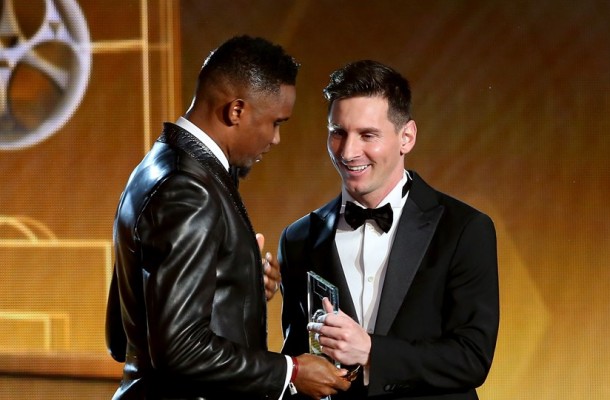 Samuel Eto’o is a fast, strong, and energetic forward striker, who is known for his stamina, work-rate, ability in the air, and his accurate finishing ability both with his head and feet. Samuel Eto’o is also a powerful and prolific goal scorer with good technique composure in front of goal. He has been described as the most skillful goal scorer in the world.

Samuel Eto’o is a native of Nkon, a suburb of Yaounde in Cameroon. On 6th July 2007, Samuel Eto’o got married to his longtime girlfriend Georgette and the marriage is currently blessed with four lovely children namely Maelle, Étienne, Siena and Lynn. He currently lives in Paris, France with his family. 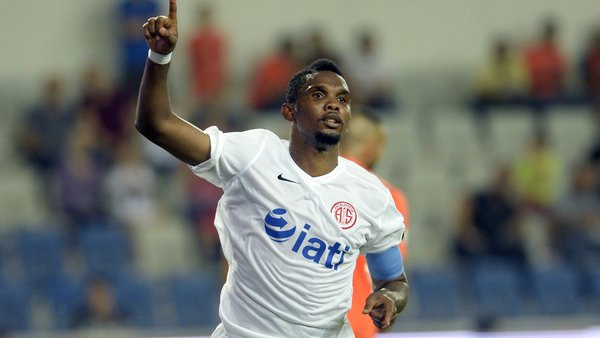 Samuel Eto’o is currently one of the richest and most influential football player in Cameroon with an estimated net worth of $100 million.