Eldrick Tont Woods popularly known as Tiger Woods is a famous American professional golf player, author, entrepreneur, investor and a philanthropist. He is among the most successful golf player of all time and has been regarded as one of the highest-paid athletes in the whole world for several years. He was born on 30th December 1975 in Cypress, California in the United States of America. He is currently 42 years old.

Tiger Woods was born in Cypress, California to Earl Woods, his father who died in 2006 and Kultida Woods, his mother who is currently alive. He is the only child of his parent. He has two half-brothers namely Earl Jr. and Kevin and also a half-sister named Royce from his father, Earl Woods’s first marriage to his first wife, Barbara Woods Gray.

Tiger Woods father Earl Woods was a retired lieutenant colonel and a Vietnam War veteran who was mostly African American with traces of European descent. Tiger Woods original name is Eldrick Tont. He was nicknamed Tiger in honor of his father’s friend Col. Vuong Dang Phong, who had also been known as Tiger.Tiger Woods grew up in Orange County in California in the United States of America. He was a child prodigy who was introduced to golf before the age of 2 years old by his athletic father, Earl Woods. Tiger Woods’s father, Earl Woods, was a member of the military and had playing privileges at the Navy golf course beside the Joint Forces Training Base in Los Alamitos and urged Tiger Wood to play there. Tiger Wood also played at the par 3 Heartwell golf courses in Long Beach, as well as some of the municipals in Long Beach.

Tiger Woods attended Stanford University in the United States of America, but did not graduate from school. In 1978, Tiger Woods acted alongside with comedian Bob Hope in a television drama titled “The Mike Douglas Shoe”. At the age of 3 years old, Tiger Woods shot a 48 over nine holes at the Navy course. At the age of 5 years old, he appeared in Golf Digest and on ABC “That is Incredible”. Before Tiger Woods became 7 years old, he won the Under Age 10 section of the Drive, Pitch, and Putt competition, held at the Navy Golf Course in Cypress, California in the United States of America. 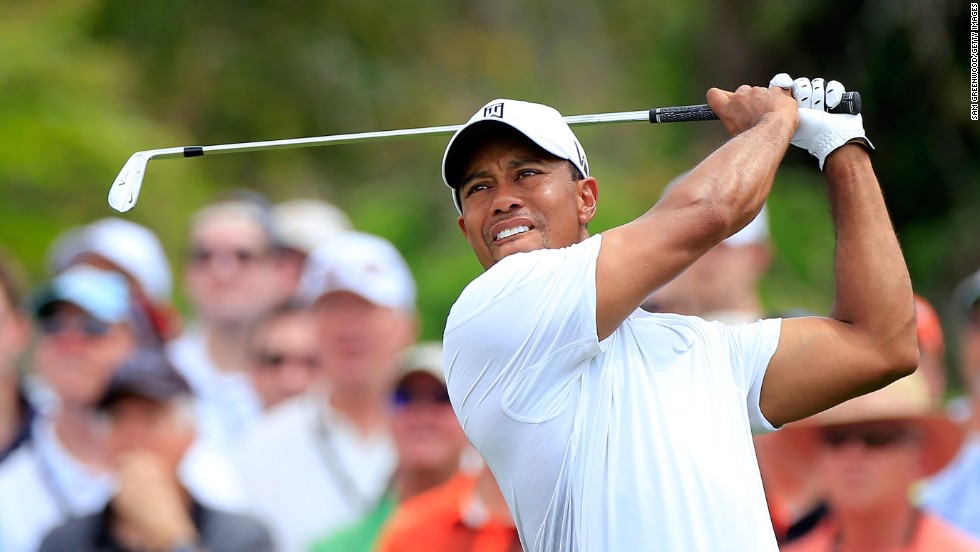 Following his outstanding performance at his junior, college, and amateur career, Tiger Woods was 20 years old when he turned a professional golf player at the end of the summer in 1996. By the end of April in 1997, Tiger Woods had already won 2 PGA Tour events in addition to his first major “The 1997 Masters”.

Tiger Woods also won this tournament by 12 strokes in a record-breaking performance and earned $486,000. He first reached the number one position in the world rankings in June 1997, less than a year after turning a pro in the game of Golf playing. Throughout the 2000s, Tiger Woods was the dominant force in golf. In 2000, he won the 2000 United States Open by a record of 15 shot margin.

In 2006, Tiger Woods and his wife purchased a $39 million estate in Jupiter Island, Florida in the United States of America and began constructing a 10,000 square-foot home. Tiger Woods and his wife Elin Nordegren were blessed with two children, comprising of a boy and a girl. Their first child named Sam Alexis Woods was born in 2007 while their second child named Charlie Axel Woods was born in 2009. 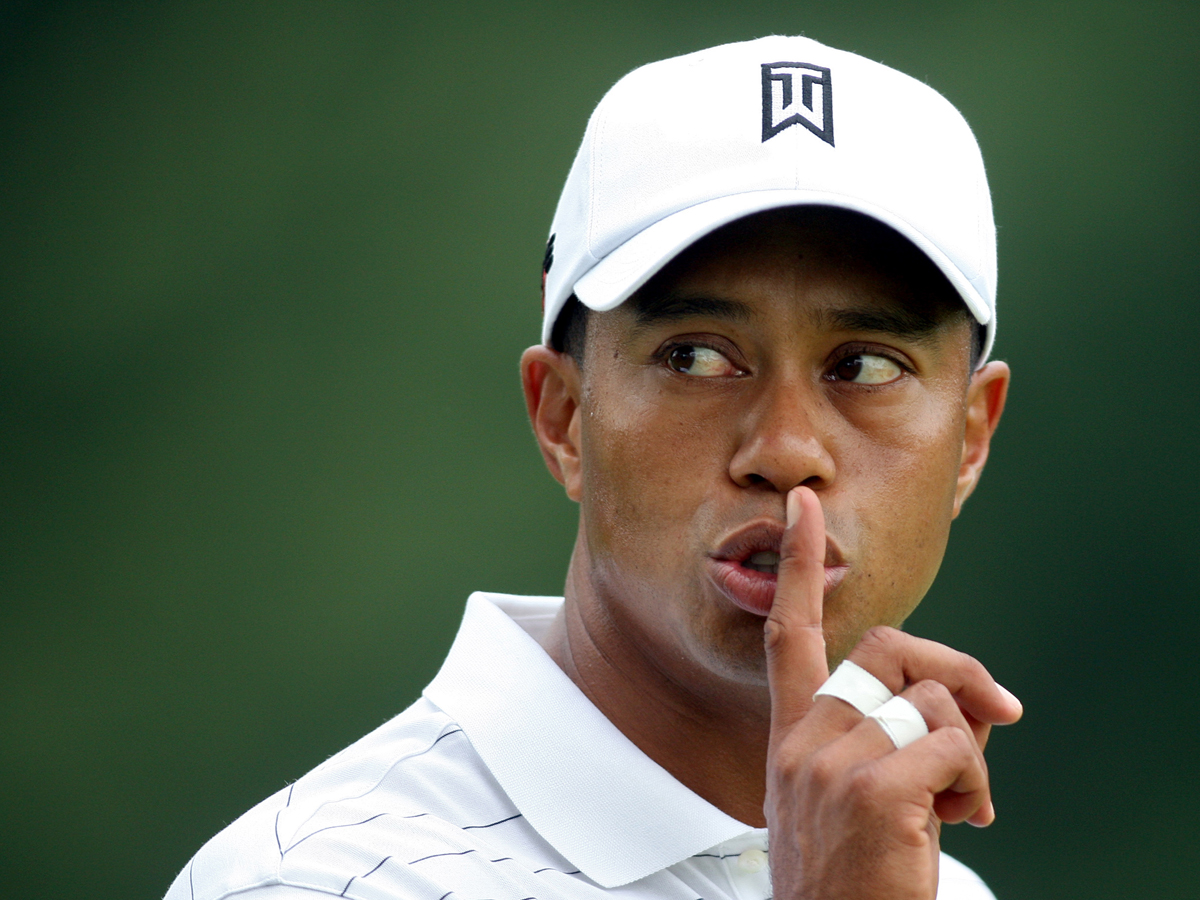 From August 1999 to September 2004, Tiger Woods was the top-ranked golfer in the world and again from June 2005 to October 2010, he maintained his title as the world best golfer of all time. From December 2009 to early April 2010, Tiger Woods took a break from playing golf in order to focus on difficult issues in his marriage. He and his estranged wife Elin eventually got divorced in 2010 due to irreconcilable differences.

Tiger Woods has won 18 World Golf Championships and has won at least one of those events in each of the first 11 years after they began in 1999. Tiger Woods and Rory Mcllroy are the only golfers to win both The Silver Medal and The Gold Medal at The Open Championship.

Tiger Woods father, Earl Woods who was an expert golfer during an interview stated that Tiger Woods first defeated him at the age of 11 years old, with Earl Woods trying his best to beat him. Earl Woods lost to Tiger Woods every time they compete from that day till he died in 2006. When Tiger Woods was just 13 years old, he played in the 1989 Big I, which was his first major national junior tournament. In the final round, he was paired with pro John Daly, who was relatively unknown then.

As a young teenager, Tiger Woods first met Golf expert Jack Nicklaus in Los Angeles at the Bel-Air Country Club in the United States of America, when Nicklaus was performing a clinic for the club’s members. Tiger Woods was part of the show and was able to impressed Nicklaus and the crowd with his amazing skills and potential in golf. Tiger Woods’s father, Earl Woods had researched in detail the career accomplishments of Nicklaus and had set his young son the goals of breaking those records.

When Tiger Woods was just 15 years old and a student at Western High School in Anaheim, he became the youngest-ever United States Junior Amateur champion. He maintained this record for many years until it was broken by Jim Liu in 2010. In 1991, he was named as Southern California Amateur Player of the Year (for the second consecutive year) and Golf Digest Junior Amateur Player of the Year.

In 1992, Tiger Woods defended his title at the United States Junior Amateur Championship and became the tournament’s first two-time winner. He also competed in his first PGA Tour event, the Nissan Los Angeles Open and was named Golf Digest Amateur Player of the Year, Golf World Player of the Year and Golfweek National Amateur of the Year. 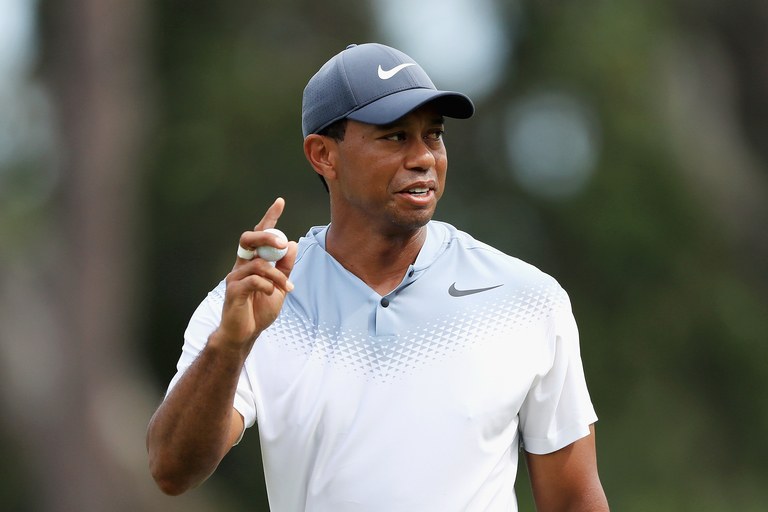 The following year, Tiger Woods won his third consecutive United States Junior Amateur Championship. In 1994, at the TPC at Sawgrass in Florida, Tiger Woods became the youngest-ever winner of the United States Amateur Championship, a record he held until 2008 when it was broken by Danny Lee. Also, in 1994, he was a member of the American team at the 1994 Eisenhower Trophy World Amateur Golf Team Championships which he won and the 1995 Walker Cup which he lost.

Tiger Woods overcame difficulties with stuttering as a boy. This was not known until he wrote a letter to a boy who contemplated suicide. Tiger Woods graduated from Western High School at the age of 18 years old in 1994 and was voted “Most Likely to Succeed” among the graduating class. He had starred several times for the high school’s golf team under coach Don Crosby. After graduating from high school, Tiger Woods later attended Stanford University in the United States of America, but did not graduate from the university. Tiger Woods currently lives in a multimillion dollar mansion in Jupiter Island, Florida in the United States of America with his family.

Tiger Woods is currently the richest and most influential golf player in the United States of America with an estimated net worth of $740 million.